Astypalaia is an island in the Dodecanese group of islands in the Aegean Sea. The coasts of the island of Astypalaia are rocky and there are many 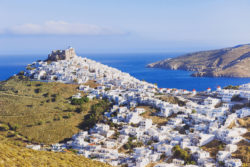 pebbled beaches. The inner part of the island is mountainous, but the mountains are not tall. The tallest peak on the island of Astypalaia is Vardia at 482 meters.

According to Greek mythology, Astypalaia was a woman who was abducted by Poseidon, who was in the form of a winged fish-tailed leopard. Astypalaia was the daughter of Phoenix and Perimede. She would have two sons with Poseidon: Ancaeus (King of Samos) and Eurypylos (King of Kos). It is believed the island was named after Astypalaia.

At Kylindra, a unique graveyard was excavated. 2700 newborns and children under the age of two were buried in ceramic pots between 750 BC and Roman times. There is also a nearby contemporary cemetery where older children and adult were buried.

Drakos Cave – This cave is thought to have been a hiding place for pirate’s treasure. The name of the island means “cave of the dragon.” It features various colored stalagmites.
Venetian Castle – Located on a hill above Chora. The walls are mainly what survives of this castle today. The castle was built in 1204 and renovated in 1310.
Traditional Windmills in Chora – Eight windmills that were built in the 18th or 19th century sit on a hill. There are also white houses and Byzantine churches in the area. A traditional coffee-house is also located nearby.
Archaeological Museum – Located in Chora. This museum showcases exhibits dating from the prehistoric and medieval times. There is ancient jewelry, funeral offerings, ceramic pottery, stone tools, and more.
Pera Gialos Beach – Located 1 km from Chora, this beach is convenient to walk to. The beach is surrounded by fish taverns and hotels. The beach is sandy with pebbled areas.
Marmari Beach – A unique beach 5 km east of Chora. It is actually three separate beaches with a rugged landscape, beautiful crystalline waters, and sandy and pebbled shores. No tourist facilities available, so you’ll want to come prepared.
Tzanaki Beach – 3 km northeast of Chora. Tzanaki is a nudist beach, which can be access by foot from Livadia Beach. The beach is non-organized and secluded.
Church of Panagia Portaitissa – Located beneath the castle in Chora. The church is completely white and considered one of the most beautiful in all Dodecanese. Panagia Portaitissa was built in the mid-18th century.
Monastery of Saint John – Nestled between two steep slopes, this monastery is 12 km from Chora. The monastery is on a hill next to a castle. The location offers a view of a number of islets.

BELOW ARE INTERESTING ARTICLES ABOUT ASTYPALAIA, GREECE: 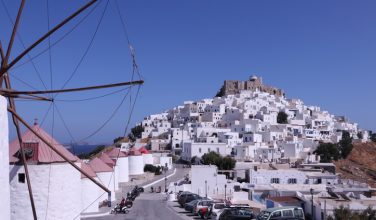 Astypalaia is a Greek island in the Dodecanese group in the Aegean Sea. The coasts of the island are rocky and dotted with many small pebbled beaches. Villages on th... Read More 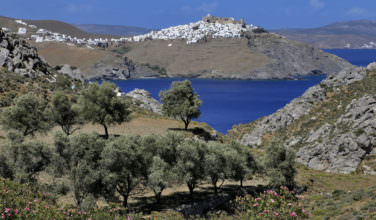 What to Do on the Island of Astypalaia

The Greek island of Astypalaia is one of those places that seems to lie still, even during the peak tourist season. Surrounded by the crystal blue waters of the sea,... Read More 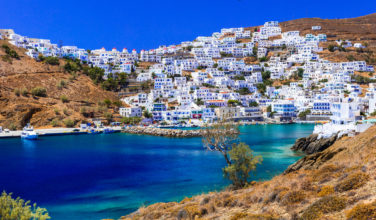 Beaches to Visit in Astypalaia, Greece

The beautiful Greek island of Astypalaia is rich in history. Located in the middle of the Aegean Sea, Astypalaia is part of the Dodecanese group of islands. The isla... Read More 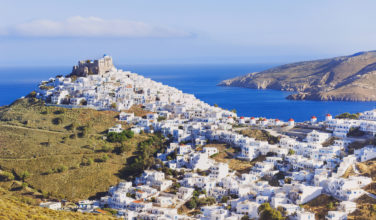 Monasteries to Visit in Astypalaia, Greece

Astypalaia is a Greek island that is considered one of the most beautiful in the Aegean. The main village of Astypalaia is of the traditional architecture of the Dod... Read More 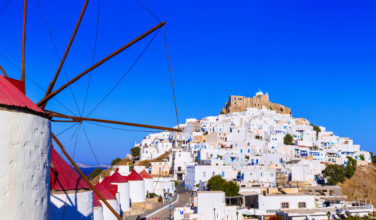 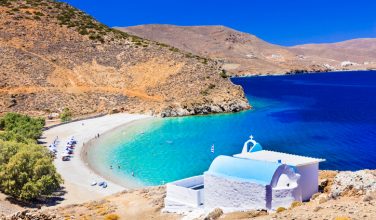 About the Agios Konstantinos Beach in Astypalaia

The sparkling blue sea, white sand, and clean air are only a few of the reasons to visit Agios Konstantinos Beach in Astypalaia, Greece. Located on an island off the... Read More 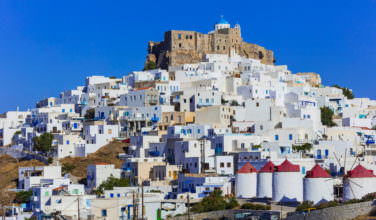 Astypalaia is one of those islands that seems tucked away, hidden from view. Those who do know about it understand that this is an island filled with delights, just ... Read More 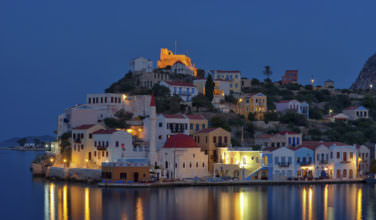 Visit Astypalaia for a Charming and Rustic Escape 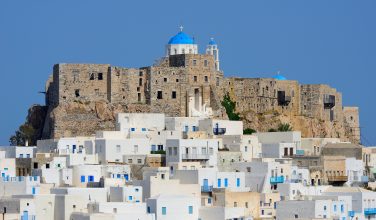 If you are looking for a destination that will give you everything, then look no further. Astypalaia Castle is the perfect place to visit if you love history, Greek ... Read More 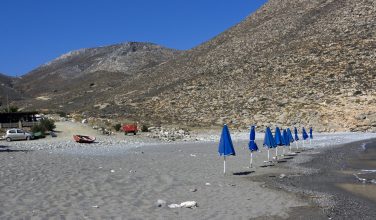 The island of Astypalaia is a hidden gem in the Aegean Sea, often overlooked by tourists. However, if you’re looking for a beach experience that is off the bea... Read More