Home > Greek Culture > Greek Mythology > Get to Know the… 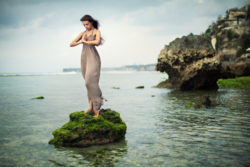 In Greek Mythology, there are more to the stories than just the gods and goddesses. Atalanta is a beloved character from Greek mythology who has inspired writers and artists throughout history. She is known as both a hunter and someone who vowed chastity, in spite of being loved by many Greek heroes, including Meleager. Though eventually she was tricked into marriage.

According to a legend, Atalanta was the daughter of King Iasus and Clymene. But the king wanted a son, so he left her on top of a mountain to die. Instead, a female bear cared for her until hunters arrived, who would then raise her to adulthood. Because of her upbringing, she developed strong hunting and fighting skills.

Atalanta later took an oath of chastity to a goddess named Artemis and vowed never to marry, and when two centaurs named Rhoecus and Hylaeus attempted to ravish her, she killed them both.

After King Oineus failed to pay tribute to Artemis, the goddess sent a wild Calydonian boar to terrorize people and their cattle. In response, Meleager and other heroes decided to hunt the boar. Atalanta wanted to join them, but they did not want a woman with them. Though because Meleager was in love with Atalanta, he convinced the others to accept her.

While Meleager killed the boar, Atalanta was the first to draw blood, after many men had been killed. However, Meleager’s lust for Atalanta eventually did him in, as a family quarrel over her led to his own mother killing him.

Eventually, King Iasus reunited with Atalanta, and he wanted to find her a husband. But wanting to remain celibate, she told her father that she would only marry a man who could outrun her in a race, knowing that none would be able. The king agreed to these conditions, and many men lost races to her, which resulted in their execution.

Finally, a hero named Hippomenes came up with a way to beat her. He had the goddess Aphrodite give Atalanta 3 golden apples during their race. Each time Atalanta ate one of these apples she slowed down, and Hippomenes won the race. The two were then married and had a son named Parthenopaios, who would become a hero himself.

But it did not end well for Atalanta and Hippomenes. After angering the gods, the two were turned into lions.

Involvement in Other Legends

Atalanta appears in a number of other Greek legends. In some versions of the quest for the Golden Fleece, she joined the Argonauts and was the only woman among them. In another legend, she wrestled and defeated a hero named Peleus.

Atalanta has also appeared in countless works of literature and art through the ages. She has even appeared in modern comic books. A ship named after her is also the setting of the classic film L’Atalante.

Atalanta is one of the great legends of Greek mythology. A woman with great physical and moral strength, she is someone even modern people can admire. 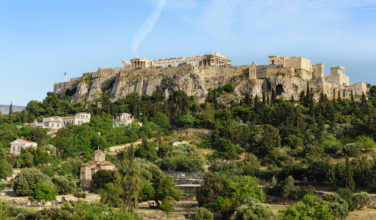