Greek History Spotlight – The Fall of the Minoans

Even though the Minoan civilization thrived for thousands of years on the modern-day island of Crete, sometime between 1600 and 1400 BC, the society collapsed which led to their overtaking by the Mycenaeans. Although historians are unable to pinpoint the exact cause of the Minoan’s demise, it is commonly believed that a combination of a volcanic eruption and the rise of the Mycenaean empire is what brought down the relatively peaceful, mercantile Minoan rule.

Somewhere around 1500 BC, the Thera volcano had a violent eruption. When the volcano erupted, it destroyed the city of Akrotiri. Luckily for historians, the eruption buried the city in volcanic ash which preserved the ancient buildings as well as artwork and other artifacts. The eruption not only decimated the island of Santorini, but its effects could be felt among the surrounding areas as well.
While there are many theories as to how badly the eruption affected Crete, evidence suggests that the island of Crete did suffer a significant amount of damage from the volcano. Some speculate that the eruption created a tsunami that crashed into Crete and destroyed the Minoan settlements along the coastline. Others believe that it was an earthquake following the volcanic eruption that damaged the Minoan settlements on Crete.

Even though a large percentage of the Minoan empire was believed to have been destroyed by the Thera volcano, historians have found that the palace on Knossos survived for years beyond the eruption. Theories suggest that Knossos fell due to human intervention. The dates surrounding the rise of the Mycenaean civilization suggest that the Mycenaeans took over the remainder of the Minoan empire, causing its ultimate collapse.

The Rise of the Mycenaeans
Archeologists have discovered that the Mycenaean conquest of the Minoans took place only a few years after Thera destroyed many of the Minoan settlements. It is believed that due to the Minoan empire being weakened by the volcano, the Mycenaeans had a much easier time invading and conquering the Minoan society. From the take-over of Crete, the Mycenaean civilization spread to mainland Greece and started to build a society that eventually became ancient Greece.

Unlike the Minoan civilization that was built on trade and commerce, the Mycenaeans were focused on war and conquest. Although there is evidence to suggest that the Minoans did engage in battle, their primary focus was on the buying and selling of goods. Because of their commercial aspirations and a weakened kingdom, the Minoans eventually succumbed to Mycenaean rule somewhere around 1400 BC. 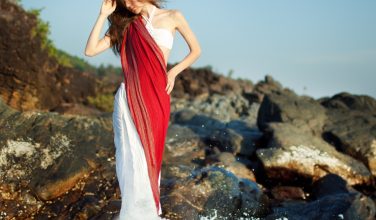 Horae – Goddesses of the Seasons