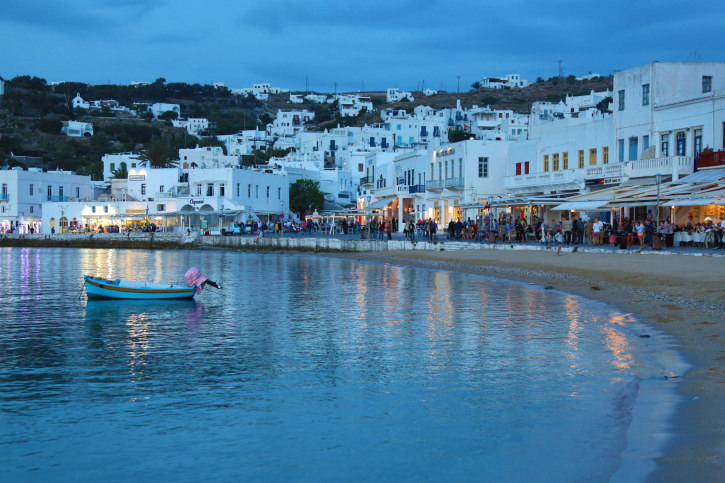 The Greek culture is rich and vibrant. Various things including their past, the landscape, and the media influence it. There are, however, some things that remain consistent. Greek people are very proud of who they are and speak of their heritage with great passion. They are united by their traditions, religion, language, music, food, and wine. All of these form the backdrop of Modern Greek culture and Greece’s cultural identity.

Food and Drink in Greece

The whole culture in Greece is centered on the dinner table. Greek people regularly gather in large family groups for their daily meals, which often take hours to eat. Whether the meal is eaten at home or in a restaurant, this is the chief mode of socialization for families and their friends.

The cuisine is centered on fresh, local ingredients such as goat cheese, olives and olive oil, and fresh produce. Most recipes have been handed down through the generations. Wine is also a big part of the culture. Red and white wines are popular throughout the country, as Greece provides the ideal climate for growing grapes.

Many of their traditions are centered on the Greek Orthodox faith. Since around 98% of Greek people are Orthodox Christians, families and friends are united when they celebrate. Many of the feast days, such as Pascha, are both religious and social in nature. Families attend church services and follow that with food, music, and dancing.

Not all traditions, however, are centered on the Orthodox Christian faith. Some vary depending on the region within Greece. For example, traditional Greek dances and folk music have both been known to differ between the regions. There also may be some regional differences in cuisine.

Since the majority of the population is of the Greek Orthodox faith, it makes sense that there are churches and monasteries throughout Greece. Some are even built in interesting places such as inside caves and gorges.

Much of this has to do with the landscape. However, the Turks, who were Moslem, built some of these churches during the Ottoman rule when Orthodox Christians needed to practice in secret to avoid oppression.

Language is one of the most important elements of the Greek culture because it forms the means necessary for self-expression. The Greek spoken today is derived from Ancient Greek and is part of the Hellenic branch of the Indo-European language family.
The first written Greek was found on baked mud tablets in the remains of the Knossos Palace of Crete Island. As you can see, the language has been part of the culture for a long time.

Past, Present, and Future Influences

Even though the Greek people are very much influenced by their past, the future is also highly relevant. While most Greeks are passionate about their traditions, which have strong roots in the past, they are also eager to embrace change.

For example, when French cooking was the biggest culinary trend in the world, Greek housewives adapted some of their traditional recipes. Dishes such as moussaka utilize a white bechemel sauce, an element borrowed from the French. These changes, however, will never impact the Greek people’s strong cultural identity. 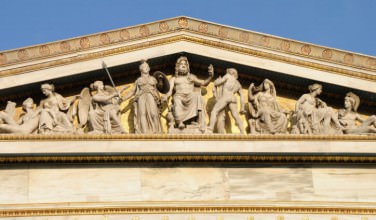 An Introduction to Greek Mythology