Attractions and Beaches to Visit in Kea, Greece

Home > About Kea, Greece > Attractions and…

Written by GreekBoston.com in About Kea, Greece, Greek Travel Guide Comments Off on Attractions and Beaches to Visit in Kea, Greece 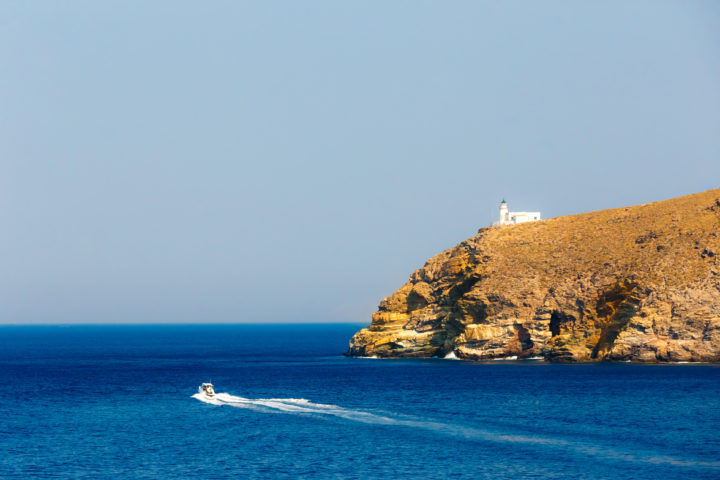 The island of Kea is a beautiful place to visit. It has retained its tradition and charm and it’s almost impossible to resist the villages with their cottages, chapels, watermills, and fountains. The beaches, coves, and olive groves add to the delight of this Greek island. Throw in the archaeological sites, castles, and monuments and you have an island that you’re not going to want to miss! Here are a few prominent attractions and beaches you can visit while in Kea, Greece.

The Lighthouse of Agios Nikolaos is one of the oldest lighthouses in Greece and the first one built in the Cyclades. The lighthouse was built in 1831 by the French Company of Lighthouses. It was built on the remains of the Temple of Poseidon and has been named by the Ministry of Culture as an outstanding architectural construction.

Koundouros Beach is one of the more popular beaches on the island of Kea. It is a well-organized beach with plenty of facilities around. You will find tavernas and accommodations in the area. The beach is located just 15 km southwest of Ioulida. Koundouros Beach offers water sports including diving. There is a diving center at the beach that offers diving excursions, swimming, and snorkeling. There are fascinating dive sites to visit, which vary in difficulty from east to advanced. The water at Koundouros Beach in Kea are crystalline and the shore is sandy.

Considered one of the most important museums in the Cyclades, the Archaeological Museum of Kea is located in Ioulida. The museum was founded in the 1970s to house the findings from excavations of prehistoric sites in Agia Eirene and Kephala. The prehistoric collection includes burial finds from the Late Neolithic cemetery of Kaphala. Some of the most important exhibits at the Archaeological Museum of Kea include a terracotta female statue from the settlement of Agia Eirene that dates to the 15th century BC, the torso of a marble statue of Athena from the Temple of Athena at Karthaia that dates to 500 BC, and the inscribed base of a bronze statue that dedicated the statue to Apollo that dates to the 4th century BC.

Korissia Beach is located 6 km northwest of Ioulida. The long and sandy beach is within walking distance of the port. The beach of Korissa features umbrellas, sun beds, and beach bars. The golden sand of the beach has pebbles here and there while the landscape around the beach of mountainous and filled with wildflowers. Korissia Beach is home to a diving club.

Visiting the island of Kea, Greece is an experience you won’t forget after you visit these prominent spots. 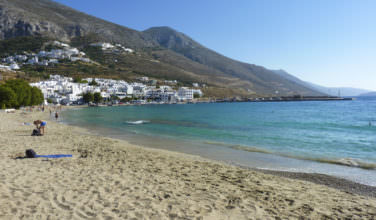 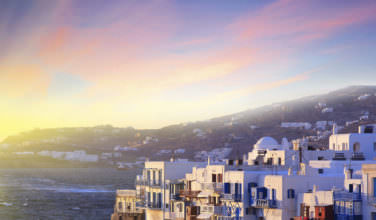 What to Know About Taking a Ferry to Mykonos 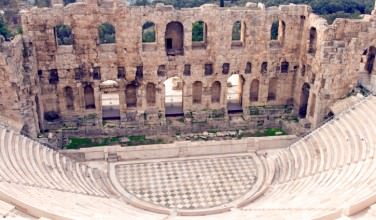 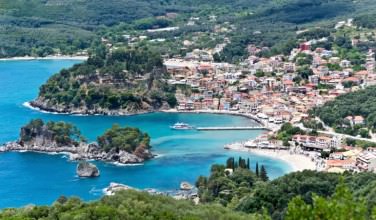