Nisyros is an island in the Dodecanese group in the Aegean Sea. During the months of June – August, the island of Nisyros experiences the Meltemi 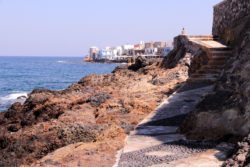 Etesian wind. On the eastern and western flanks of the volcano, this is most obvious as the trees are bent facing south from the force of these winds.

The island of Nisyros has a caldera that is approximately 3 – 4 kilometers wide. It was formed during three separate volcanic stages, ranging from explosive effusive andesitic eruptions to explosive and effusive dacite and rhyolitic activity. The volcano has has four eruptions in the past and is still active, but not erupting. The last eruptive activity was a steam explosion in 1888.

Volcanological Museum – Located in Nikia, this museum opened in 2008. It is housed in a small building close to the volcano. The museum exhibits photographs and information about the volcano of Nisyros and other active volcanoes around the world.
Volcano of Nisyros – This volcano is the youngest of the large volcanic centers in Greece. The volcano is active and one of the most visited sites on the island. The volcano is found close to the village of Nikia.
Venetian Castle – Also known as the Castle of Panagia Spiliani. The castle was built around the 14th century by the Knights of Saint John. The location of the Venetian Castle offers a wonderful view of the island.
Lies Beach – 13 km east of Mandraki. This beach is actually made up of smaller beaches, many within coves. The beach is not organized.
Church of Panagia Spiliani – Located in Mandraki. The name of the church means “Virgin Mary of the Cave.” Built around the 15th century, it houses many ecclesiastical relics.
Folklore Museum – Housed in the Town Hall in Mandraki. The museum exhibits traditional costumes, large wooden vessels, kitchen utensils, an old camera, and old typewriters. There are also pieces of weaponry from the 19th and 20th century on display as well.
Mandraki Village – One of the largest villages on the island, Mandraki is the capital and main port. You can see fortified walls of the ancient city. There is also an ancient cemetery nearby with tombs from the 7th and 6th century BC.
Pali Beach – 4 km east of Mandraki. A sandy beach with dark pebbles. This beach is family friendly, close to some taverns, and rooms to rent.

BELOW ARE INTERESTING ARTICLES ABOUT NISYROS, GREECE:

Nisyros is a volcanic island located in the Aegean Sea. This Greek island is part of the Dodecanese group of islands. Nisyros is accessible by ferry from Kos, Rhodes... Read More 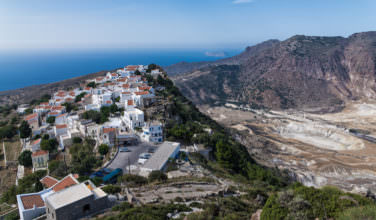 What to Do on the Greek Island of Nisyros

Nisyros is a Greek island that is part of the Dodecanese in the southeastern portion of the Aegean Sea. Although not as well as some of the other islands in... Read More 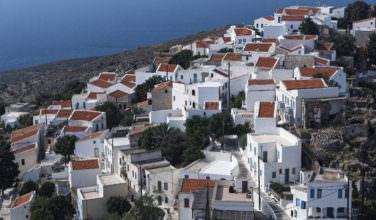 Best Beaches to Visit on Nisyros

Nisyros is a small island in the Cyclades in Greece that is almost completely defined by the volcano that can be found in the middle of the island. As a... Read More 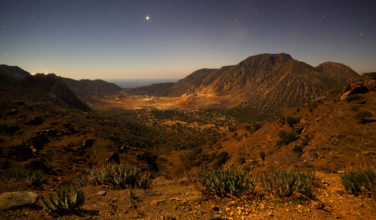 Attractions to See in Nisyros, Greece

The Greek island of Nisyros is also an active volcano making it a pretty unique place to visit. The good news is the volcano has been asleep for the past... Read More 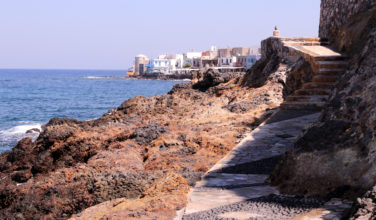 Museums You Should Visit When in Nisyros, Greece

Nisyros is known as the “volcanic island.” The composition of the island originated from the eruptions that took place thousands of years ago. The earth is brown... Read More 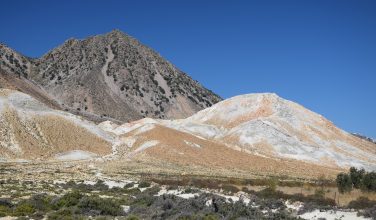 Discover the Volcano in Nysiros

The Nisyros Volcano is highly active, and it is the oldest known historically active volcano. It is also a popular tourist destination, but if you plan to visit it, ... Read More