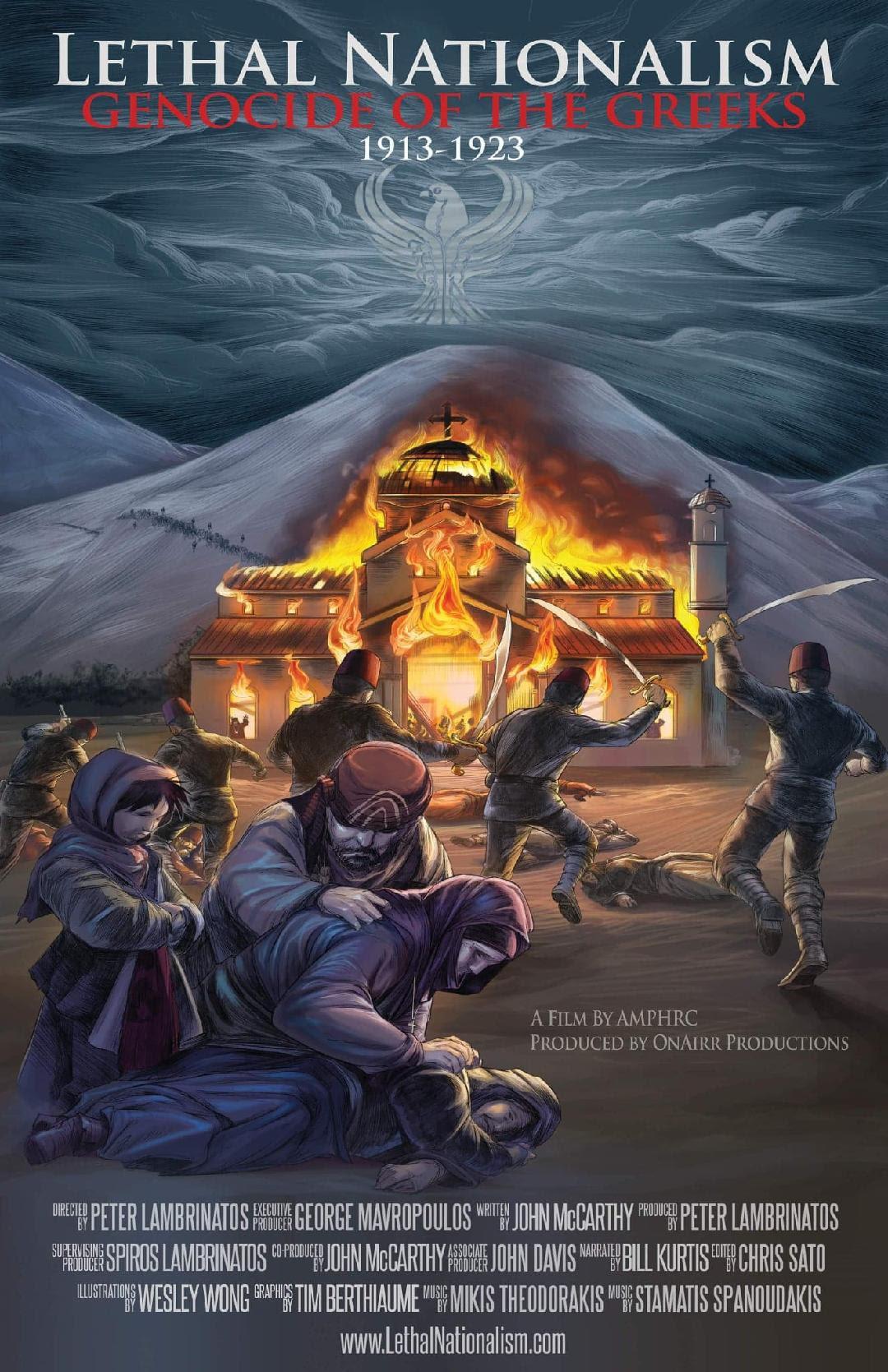 Join HAWC to commemorate the Centennial of the Great Fire of Smyrna in a screening of the film Lethal Nationalism: Genocide of the Greeks.

REGISTER FOR THE EVENT ON THE LINK BELOW:
https://www.eventbrite.com/e/screening-directors-cut-of-lethal-nationalism-genocide-of-the-greeks-tickets-410253759037

BRIEF HISTORY OF THE SMYRNA FIRE
For thousands of years, Smyrna was the wealthiest of cities located today on Turkey’sAegean coast, an elegant, cosmopolitan city where Greeks, Armenians, Turks, Jews, and others lived and worked together – a city known for religious tolerance. But after the “Young Turks Revolution” and the creation of a Nationalist government in 1919, a lethal campaign calling for the destruction and brutal persecution of the Christians of Asia Minor, Pontos, and East Thrace began.

The Great Fire of Smyrna (Καταστροφή της Σμύρνης) started on September 13, 1922, after the Turkish armed forces entered Smyrna, a deliberate act by the Turkish government to destroy or expel the Greeks and any other Christian population. The entire Greek and Armenian quarters of the city were destroyed, forcing the population to flee and seek shelter in Greece and elsewhere. Historians believe that the number of victims was in the tens of thousands, while the number of refugees was over a million. Thousands of Greek and Armenian men were subsequently deported into the interior of Anatolia, where many died in harsh and brutal conditions. After the Smyrna Catastrophe the Hellenic city founded over 3,000 years before, a jewel of the Eastern Mediterranean, ceased to have a Hellenic community.