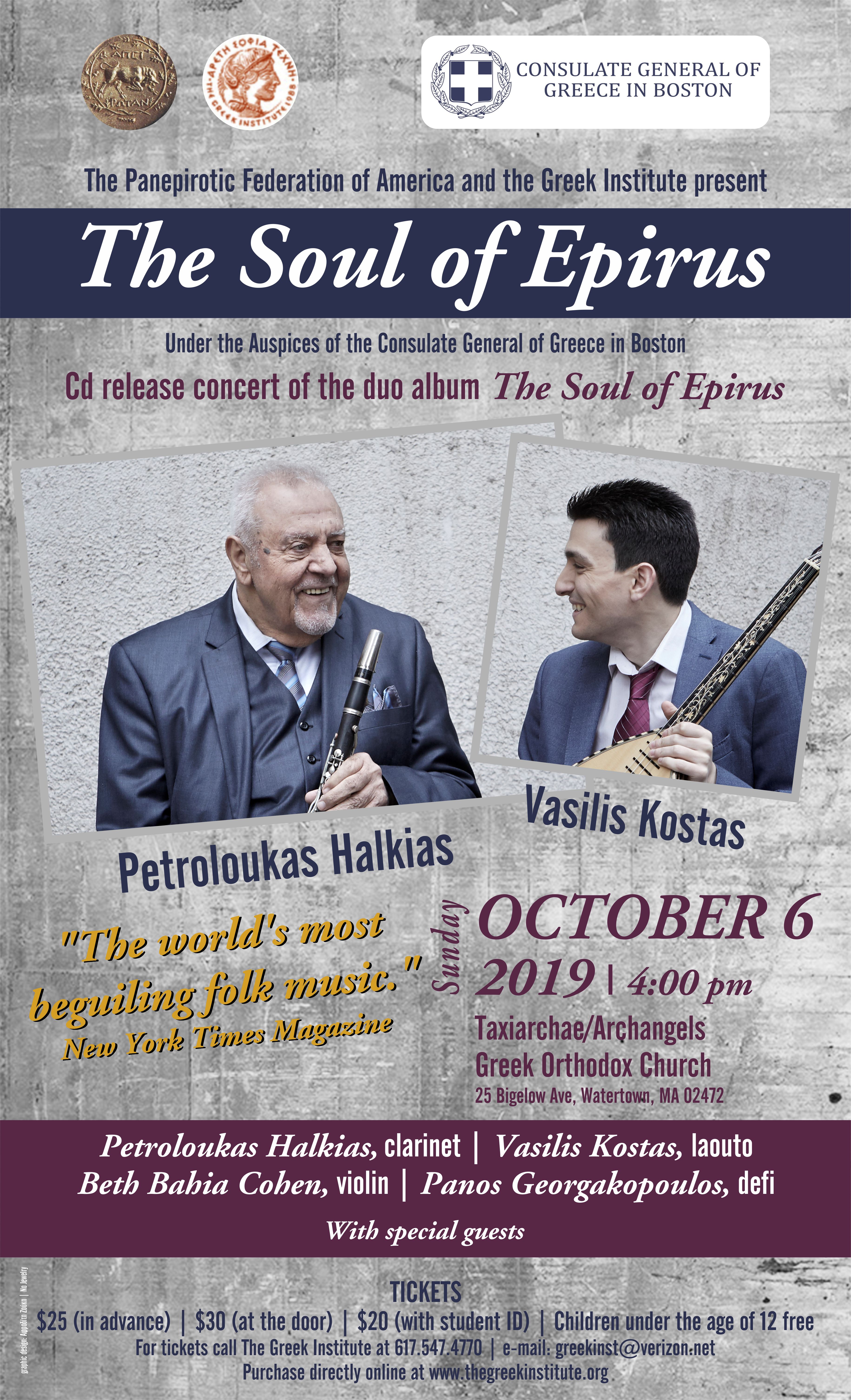 The living legend of Greek traditional music, Petroloukas Halkias and the virtuoso laouto player, Vasilis Kostas, will join forces in one of the most significant concerts this fall, which will take place on October 6th at the Taxiarchae/Archangels Greek Orthodox Church in Watertown, MA. The Panepirotic Federation of America together with the Consulate General of Greece in Boston and the Greek Institute will present this rare musical event based on the rich musical heritage of Epirus, which was called as “The World’s Most Beguiling Folk Music” by the Νew York Times Magazine. The two important ambassadors of the Epirotic musical tradition along with the extraordinary violinist Beth Bahia Cohen and the promising percussionist Panos Georgakopoulos will perform the repertoire of their upcoming album “The Soul of Epirus”, which will be officially out on October 4th and available the day of the concert.