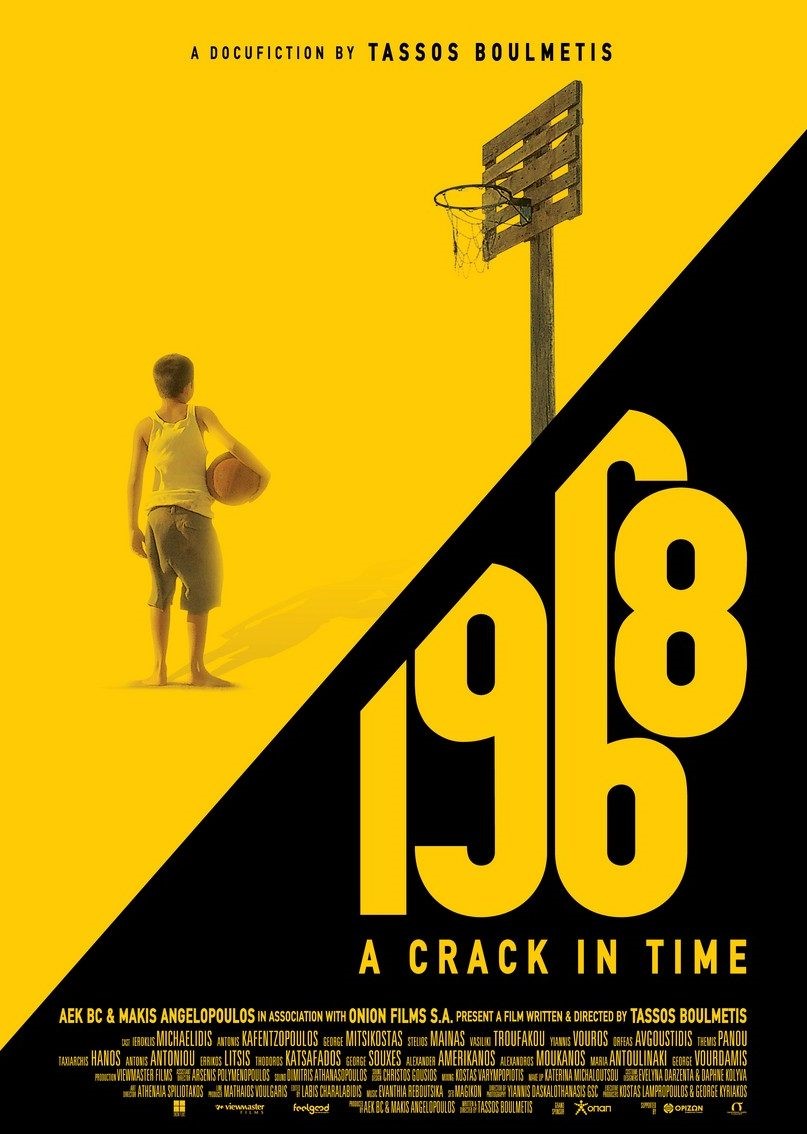 Synopsis: April 4th, 1968. The Kallimarmaro Stadium is abuzz, with thousands of people gathered and millions listening through their radios. The AEK – Slavia Prague basketball game has just begun. A girl in love is dreaming of her wedding day, while the future husband becomes more desperate with every Greek ball going through the hoop. An elderly husband and wife remember the home they left behind. A young communist prisoner cheers from his jail cell and a PROPO betting shop becomes the place where old and new wounds resurface. Years before this night, three Constantinopolitans decided to create an athletic union that would tell their story. At the end of this night, Greek history will have changed forever.

He studied Physics at the University of Athens and, with a scholarship support from the A. Onassis Foundation, Film Production and Direction at UCLA, where he taught directing actors for film and television as an assistant professor. In Greece, he started his career as a director/producer of shows for the public television, before writing, directing and co-producing his first feature, “The Dream Factory“, which obtained 8 awards in Greece and the Golden Award of Fantasy Movies at the Houston Film Festival. His second feature, the semi-autobiographical “A Touch of Spice”, became the biggest hit ever in Greece with over 1.600.00 admissions, was distributed in 45 countries and was Greece’s official entry for the Academy Awards of 2005. His recent academic activities include teaching classes on Advanced Film Directing in private institutions in Greece. He is the first unanimously elected president of the Hellenic Film Academy and a member of European Film Academy.

The screening will be followed by a light reception and Q&A with the director Tassos Boulmetis who will be present! We feel extremely honored that Mr. Boulmetis has agreed to travel to Boston for our event!

Click here for a brief interview with the director and some of the actors of the film.