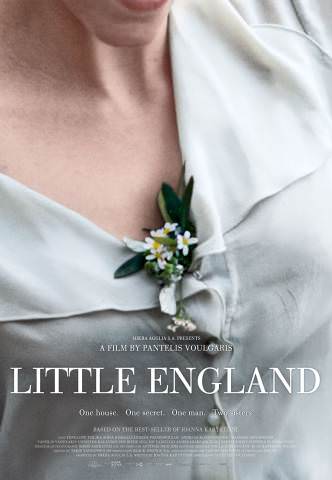 Award winning Greek film LITTLE ENGLAND is making its Portland premiere on June 26-28 at the Portland Museum of Art’s “PMA Movies”. LITTLE ENGLAND was the official Greek submission for the Academy Award for Best Foreign Film.

This gorgeously shot drama, staged at an idyllic coastal town in Greece, explores the lives of women with uncommon depth. Set in the 1930s, the story centers on two young sisters who fall for the same ship captain. When the captain goes away for some time, he returns to find that the sisters’ mother has married both of them off into unhappy relationships. The affairs then turn as choppy and unpredictable as the waves that crash against the town’s rocky beaches.

“A woman’s picture in the most positive sense of the word . . . a handsomely mounted and impeccably acted film . . . the trio of female protagonists is never less than mesmerizing.” —Boyd van Hoeil, The Hollywood Reporter

Directed by Pantelis Voulgaris
132 minutes
In Greek with subtitles