Visit the Akrotiri Lighthouse on the Greek island of Santorini

Home > About Santorini,… > Visit the Akrotiri…

Written by GreekBoston.com in About Santorini, Greece, Greek Travel Guide Comments Off on Visit the Akrotiri Lighthouse on the Greek island of Santorini 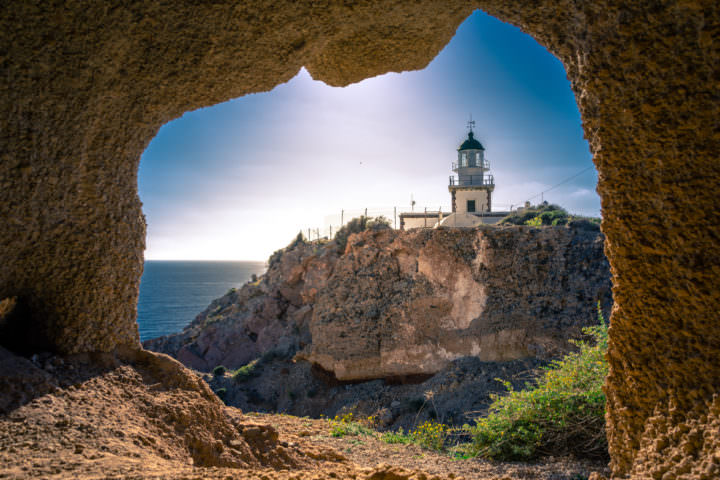 Santorini is a island that has been enchanting people since ancient times. It has a haunting and beautiful quality, especially since it is obvious that a nearby volcano has played such a role in shaping what it is today. Some even speculate that the portion of the island that sunk into the sea during a massive, ancient volcanic eruption is actually the fabled lost kingdom of Atlantis.

The Akrotiri Lighthouse overlooks the Aegean Sea from atop the Greek island of Santorini. Towering above the sea from rocky cliffs, the lighthouse offers amazing views of the water, local villages, and ancient Minoan ruins. The lighthouse is a must-see for anyone visiting the island. Here’s more information about this lighthouse:

Getting to the Akrotiri Lighthouse

The island of Santorini is located in the Aegean Sea, about 200km, or 125 miles, southeast of mainland Greece. To get here, you can either take a flight or a ferry. It is also a popular cruise stop, but cruises are only on the island for a short period of time, so you wouldn’t be able to see much. The lighthouse itself is located on the island’s most southwestern tip. It is about 13km, or 8 miles, from the airport in Kamari and the island’s capital of Fira. A taxi is by far the best way to get to there since the buses only take you as far as Akrotiri village, and it is cheaper than renting a car. There is also very limited parking at the lighthouse, so all the more reason to take a taxi. You could rent and take a car or a mountain bike as well.

About the Akrotiri Lighthouse

The lighthouse gets its name from the nearby ruins of a Minoan town that was inhabited as early as 4,000 BC. It was built by a French merchant company in 1892. Originally using light that was created from oil, it became powered by electricity in 1983. One of the interesting things about this lighthouse is that it has a rectangular house attached to it that was once home to the lighthouse’s keeper. Currently, the lighthouse flashes a beam of light every 10 seconds that reaches out to sea for 24 nautical miles. The Akrotiri Lighthouse is a very popular tourist destination on Santorini, probably due to the beautiful ocean views and its location to the nearby Minoan ruins.

What to Do at the Akrotiri Lighthouse

Sadly, only personnel in Greece’s Navy are allowed in the lighthouse, but that doesn’t mean you can’t enjoy yourself at and around the lighthouse. There are plenty of photography, hiking, and mountain biking opportunities. Enjoy the sunset and the ocean views. Look out to the east to see the human profile on the nearby cliffs. You could also stop at one of the local taverns on your way there. You could even check out the Minoan ruins nearby to the east.

The Akrotiri Lighthouse is a must-see destination on Santorini for anyone who loves romantic ocean sunsets and some interesting Greek history. 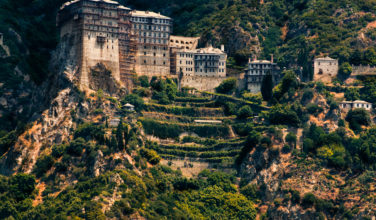 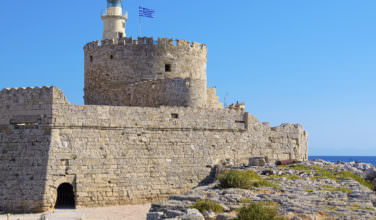 Best Museums to Visit on Rhodes 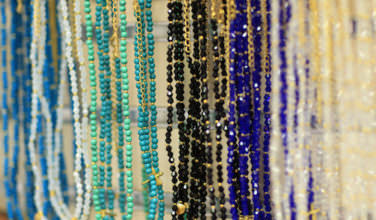 Shopping for Jewelry in Monastiraki in Athens 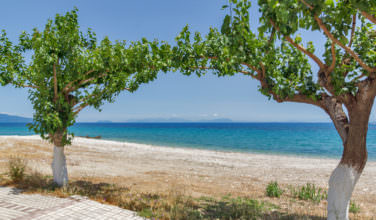 Enjoy the Sun at Poros Beach on Kefalonia Island