Lassathi is located in the easternmost part of Crete. The capital of Lassathi is Agios Nikolaos. On three sides Lassathi is connected to the sea: the 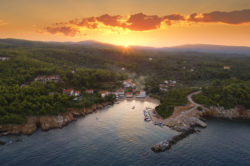 Cretan Sea, the Karpathian Sea, and the Libyan Sea to the south. By land it connects to Heraklion. Between Lassathi and Heraklion is the mountain range of Diktys. There are many gorges around Lassathi. The largest is the Chat Gorge, which is located between Ierapetra and Agios Nikolaos. The coastline of Lassathi varies from sandy beaches and ports both large and small, to a sea lake and a large bay (Mirambellos).

During Minoan times, many towns were established including: Gournia, Zakros, Lato, and Vassiliki. Traces of ceramic art, architecture, and metalwork have been found in the areas. 1450 BC would see a decline in the Minoan civilization as the Dorians began arriving. This brought new cities and new culture to the area.

Civil wars during the Classical and Hellenistic time destroyed the cities of Lassathi. In 66 BC, the cities would be captured by the Romans. Then in 395 AD, the island of Crete become part of the Byzantine Empire. The area of Lassathi is rich in Byzantine frescos and monuments. The region would be surrendered to the Venetians who would fortify the entire island. This was to ensure their control. The island influence the Venetians had on the island was strong, in traditions, language, and politics. From 1669 – 1898, the Turks would rule the area. During the final years, the settlement of Agios Nikolaos was built. It was named after the Byzantine temple in the area. Lassathi, along with the entire island of Crete, became part of Greece in 1913.

Lassathi is home to many ancient remains. Minoan ruins include: Pyrgos, Korifi, and Zakros to name a few. The Doric towns where ruins can be found are Itanos and Lato.

The Windmills of the Lassithi Plateau – The windmills date back to 1464 when they were built by Venetian engineers. The locally made ones appeared toward the end of the 1800s. Today, just a few of these white windmills are still in use.
Milatos Cave. Located 3 km from Milatos Village – Inside this cave there is a small church that was built in 1935. The cave is large and has eight entrances.
Vai Palm Forest – Vai is a large, sandy beach that is surrounded by a palm forest of more than 5,000 trees. It is the only palm forest in all of Europe. The beach is golden and definitely a unique landscape to enjoy.
Church of Panagia Kera – Located 1 km from Kritsa. This is a three-aisled church that features frescos from the 14th and 15th centuries. The church is high in the mountains of Dikta overlooking a valley.
Istro Beach – 13 km south of Agios Nikolaos. An organized beach with umbrellas and sun beds. The sand is golden and there is a diving club on site.
Zakros Palace – This Minoan Palace was the fourth largest on Crete. The first phase of the palace was built in 1900 BC and the rest in 1600 BC. Along with other palaces on the island, it was destroyed around 1450 BC, but findings are housed in museums.
Sitia Archaeological Museum – This museum hosts findings from the region of Sitia and wider prefecture of Lassathi. The collection is divided into four categories. Exhibits include findings from the Palace of Zakros and the Geometrical and Archaic period.
Folklore Museum – This museum is located opposite the lake of Agios Nikolaos, on the ground floor of the Port Police. Samples of folk art including weaving, woodcarving, and embroideries are showcased. There are also traditional costumes and some Byzantine coins.
Havania Beach – Within walking distance from the center of Agios Nikolaos, so there are amenities nearby. The beach is sandy with pebbles and crystalline water. Havania Beach has water sports available.
Kazarma Fortress – Kazarma is mainly comprised of massive walls and the medieval building it protects. They were built at the end of the Byzantine period and then the Venetians used Sitia as their base. The castle was damaged in 1508 by and earthquake and then again in 1538 by attacks from Barbarossa, the pirate.

BELOW ARE INTERESTING ARTICLES ABOUT LASSITHI, GREECE: 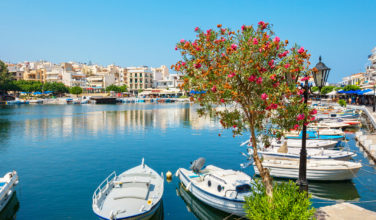 Things to Do in Lassithi, Greece

Lassithi is a tranquil and secluded area on the island of Crete. It gets the least of the tourist activity of the island, which makes it a great place to... Read More 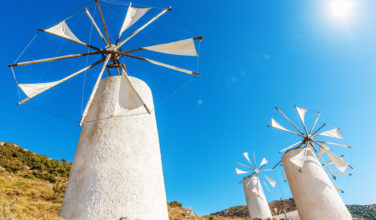 Attractions to See in Lassithi, Greece

Known for its sandy beaches and mountains, Lassithi, Greece is also home to some wonderful attractions. Located on the island of Crete, this rads has some of the bes... Read More 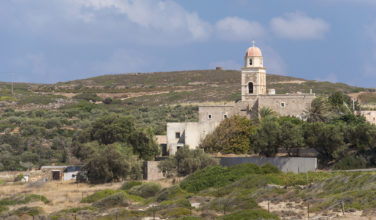 Lassithi, on the island of Crete, is still mostly untouched by mass tourism. It is a region that boasts rich natural beauty and impressive history. The monasteries o... Read More 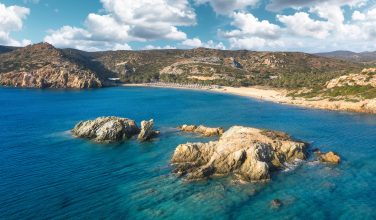 Lassithi is located on the Greek island of Crete. Lassithi is known for its breathtaking surroundings. The Plateau of Lassithi is home to gorges, caves, mountainous ... Read More 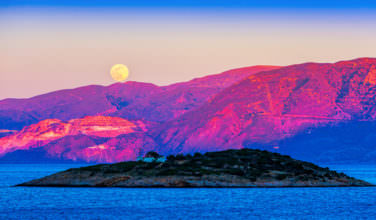 Enjoy Istro Beach on the Island of Crete

When it comes to the Greek islands, spending time at the beaches should be at the top of your list, and the island of Crete is no different. As the... Read More 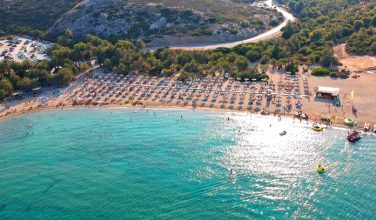 Visit Vai Beach on the Greek Island of Crete

Crete is one of those islands that has enchanted people for centuries. Since it is so large, it tends to feel as if it is in its own world, and... Read More