Samos is an island in the eastern Aegean Sea. It was rich and powerful in ancient times. It was well-known for its vineyards and wine production. A large portion of the island is still vineyards. Muscat wine is produced from the grapes grown on the island.

Samos is the birthplace of Greek philosopher and mathematician Pythagoras. The Pythagorean theorem is named after him. In 1955, the town of Tigani 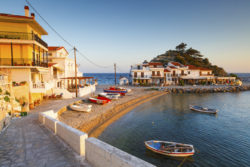 was renamed Pythagoreio in his honor. Samos is also the birthplace of philosopher Epicurus and astronomer Aristarchus of Samos. Aristarchus of Samos was the first to suggest that the earth revolves around the sun. Other famous Samians include: Melissus of Samos (philosopher), Herodotus (historian), and Rhoecus who was the architect of the Temple of Hera at Olympia.

In the Delian League (an association of Greek city-states) Samos held a position of special privilege. Samos would remain loyal to Athens until in 440 BC, a dispute with Miletus caused Athens to turn against Samos. This led to Samos to secede. With their fleet of 60 ships, Samos would face a large Athenian fleet that was led by Pericles. Samos did not rebel as harshly against Athens as states did and in the end were forced only to repay damages caused to the Athenians.

Tunnel of Eupalinus – A now dried aqueduct of the ancient city. Considered one of the eight wonders of the ancient world. Built in the 6th century BC.
Castle of Lykourgos Logothetis – Built in the 19th century using the remains of different archaeological monuments. The castle was the headquarters during the Revolution. Next to the castle is a church constructed in 1824.
Cave of Pythagoras – This is the cave where Pythagoras hid from his political opponents. Located on a steep cliff close to Marathokambos. There are two chapels close to the cave.
Pythagorion Archaeological Museum – Located in the city center, next to the site of the ancient city of Samos. Features marble statues, coins, parts of buildings and temples, and more.
Roman Baths – Found just outside Pythagorion. View the remains of a large Hellenistic gymnasium. During the Roman times, the gymnasium was turned into baths.
Potokaki Beach – 14 km southwest of Vathy. A lovely pebbled beach with sun beds and umbrellas. A family friendly beach with water sports available.
Heraion Beach – Located in a fishing port on the southern side of the island. It is named after the Temple of Hera, which is close by. A family friendly and partly organized beach.
Heraion Sanctuary – Constructed in ancient times. The temple was destroyed during the 6th century BC, but never fully restored. The sanctuary was turned into a Christian church.
Monastery of Panagia Spilani – Located on top of a hill in Pythagorion. Behind the church is a spring with holy water. During Byzantine times, it served as a Christian church.
Tsamadou Beach – Located 13 km from Vathy. A beautiful beach with crystal water, surrounded by greenery. A pebbled beach with a portion for nudists.

BELOW ARE INTERESTING ARTICLES ABOUT SAMOS, GREECE: 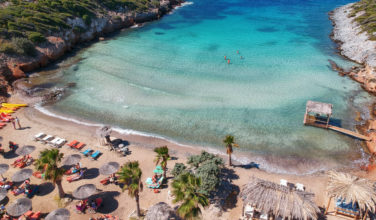 Samos is one of those islands that people flock to each year to capture some of the magic Greece has to offer. Although it doesn’t get as many visitors as... <... Read More 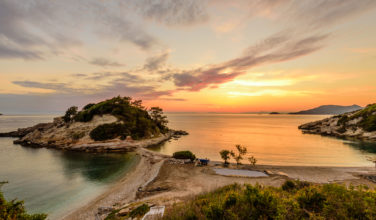 Museums to Visit in Samos, Greece

The island of Samos,Greece is located in the eastern Aegean Sea. The island is separated from Turkey by the Mycale Strait. Samos has tropical seashores, trails made ... Read More 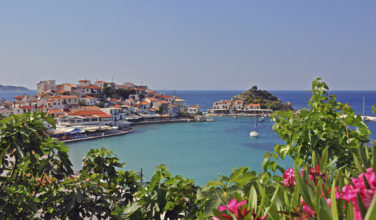 Things to Do on Samos

Samos is a small island but where it lacks size, it makes up for in beauty! Not only that, but it also takes visitors by surprise. Known for its relaxed... Read More 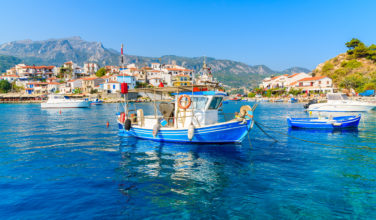 Attractions to Visit in Samos, Greece

Samos, Greece is an island of beauty, history, legends, and adventures waiting to be discovered. As a result, there are plenty of things to do during your stay. When... Read More 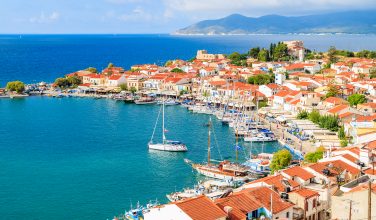 Samos is a Greek island located in the Aegean Sea. The island is separated from Anatolia by the 1-mile wide Mycale Strait. Samos is a mainly mountainous island that ... Read More 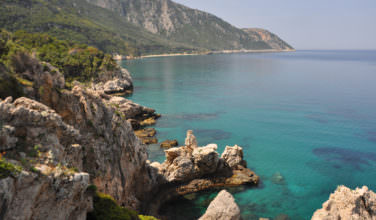 Although Samos is a small island, it is packed with so many things to do, you will find that it is easy to spend a week or more here. Whether... Read More