Written by GreekBoston.com in Ancient Greek History Comments Off on What to Know About Andronikos III Palaiologos 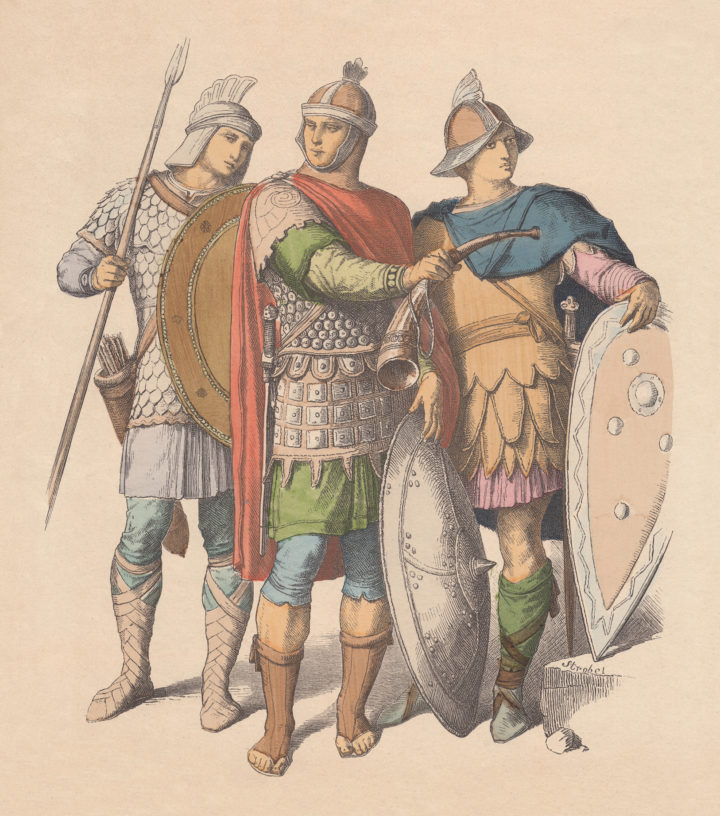 Andronikos III Palaiologos ruled the Byzantine Empire beginning in 1328 until his death in 1341. As emperor, he oversaw a brief period of resurgence for the empire. Its power had diminished significantly due to the rise of the Ottoman Empire and neighboring European states. After the death of Andronikos III, his ten-year-old son, John V, succeeded him. However, rivalries that developed during John V’s regency resulted in periods of civil war that propelled the Byzantine Empire into further decline.

Born March 25, 1297, Andronikos III was the son of Michael IX Palaiologos who ruled Byzantine as co-emperor with his father Andronikos II. His mother, Rita of Armenia, was the daughter of the king of Armenia, Levon II. In 1318, he married Irene of Brunswick. At the time of her death in 1324, they had no living children. His 1326 marriage to Anna of Savoy produced several children who lived into adulthood including his successor, John V.

His grandfather disinherited Andronikos III after the deaths of his father and brother. His brother Manuel was accidentally murdered by men hired by Andronikos to watch over his mistress who he suspected of having affairs. Andronikos was either unaware his brother was one of his mistress’s visitors or failed to tell his men who he instructed to attack any man who visited her at night. After their father, Michael IX, died the following year in 1320, Andronikos fled to Thrace and declared himself emperor. Recognizing the powerful support his grandson had, Andronikos II declared him co-emperor in 1322 to restore peace. However, fighting between the two factions continued until the elder Andronikos II was deposed in 1328 and died in 1332.

Andronikos III devoted his energies toward regaining lost territories and stopping the further weakening of the Byzantine Empire. However, his first major effort in 1329 ended in disaster as the attempted relief of the former capital city of Nicaea failed to end the Ottoman siege. By 1331, the city was part of the Ottoman Empire leading Andronikos to offer them payment for leaving his other cities alone.

The Ottomans responded by seizing another city. Andronikos was able to regain Chios, Phocaea, and Lesbos. Fighting with Serbia and Bulgarian resulted in more losses in territory. Andronikos was more successful in gaining control of territory through diplomatic means such as the marriage of his daughter Maria to the Bulgarian emperor’s son. A treaty with Serbia restored portions of Macedonia to Byzantine rule.

The Byzantine Empire was already diminished when Andronikos III Palaiologos was born. The internal struggles with his grandfather further weakened its armies allowing enemy nations to take advantage. Andronikos’s reign was marked by some successes and frequent failures as the Ottoman Empire continued its push into his territory.