Cheesecake Was Invented in Ancient Greece 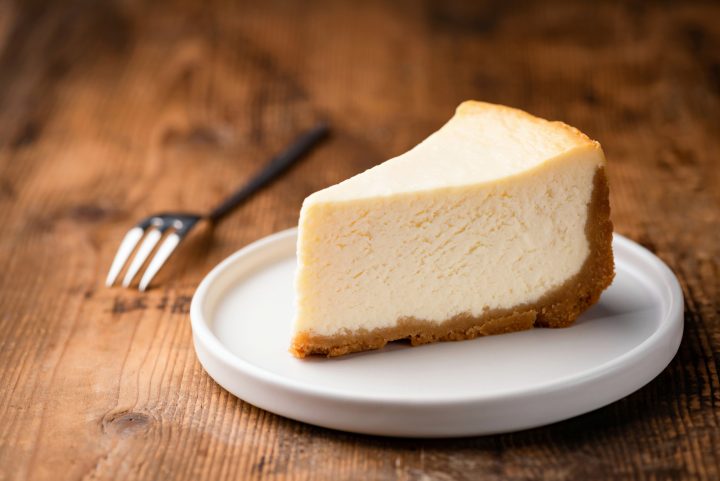 The first cheesecakes, called plakous, from the Greek meaning “flat mass,” were made by the ancient Greeks in the fifth century BC. Greeks made the cheesecake we know and love today from patties of fresh cheese smoothed out with flour and honey and fried on an earthenware griddle.

The Origin of Cheesecake

Ancient Greeks made the first recorded cheesecake on Samos Island. To make cheese crusts, they first began squeezing cheese into a paste, adding honey, and then putting the paste in a wheat crust.

According to history, Cheesecakes provided the 776 BCE Olympic participants with the needed energy boost required to compete in the many events. The cheesecake was also a common wedding cake option in ancient Greece.

In ancient Greece, the bride would bake a cheesecake for her new husband’s guests as a sign of hospitality. Baking a wedding cake remains a common practice today.

Athenaeus, a Greek author, wrote the first known recipe for a Greek cheesecake around 230 AD. The oldest extant Greek recipe is this one. The actual recipe was quite straightforward:

When the Romans conquered Greece, they adopted and modified the Greek method of making cheesecake by adding mushed cheese and eggs and baking.

When the Romans wanted to treat themselves on special occasions, they stuffed the filled cheese inside a pastry (called libuma) and ate it. It is believed that Roman statesman Marcus Cato recorded this community’s oldest documented cheesecake recipe.

In Europe’s late Middle Ages, cheesecake took on a tart form with a pastry bottom. The first printed cookbook appeared around 1545. In it, there was the recipe for a cheesecake made with flour. All other cheesecake recipes can trace their ancestry back to this one.

The Romans later made cheesecake with eggs and other flavorings. Sugar replaced honey as the cake’s sweetener when its price dropped, and its availability increased. With the expansion of the Roman Empire, the cheesecake recipe made its way across much of what is now Europe.

In the 18th century, people had begun to cross the Atlantic to reach the Americas. in 1872, William Lawrence of Chester, New York, made American cream cheese after he completely bungled his attempt to produce the French cheese Neufchatel.

In 1912, James Kraft perfected a way to pasteurize the cheese, and by the 1920s, the product had spread across the United States, particularly in New York.

Different types of cheese, fruits, and other flavorings have led to an explosion in cheesecake variety in recent decades.Cheesecake, the world’s creamiest dessert will taste great no matter how you serve it. Cheesecake made in the New York style gained a lot of popularity. Cities like Philadelphia and Chicago developed their distinct styles as they vied with New York to become the world’s fashion capital.