Written by GreekBoston.com in Ancient Greek History Comments Off on What to Know About the Peace of Callias 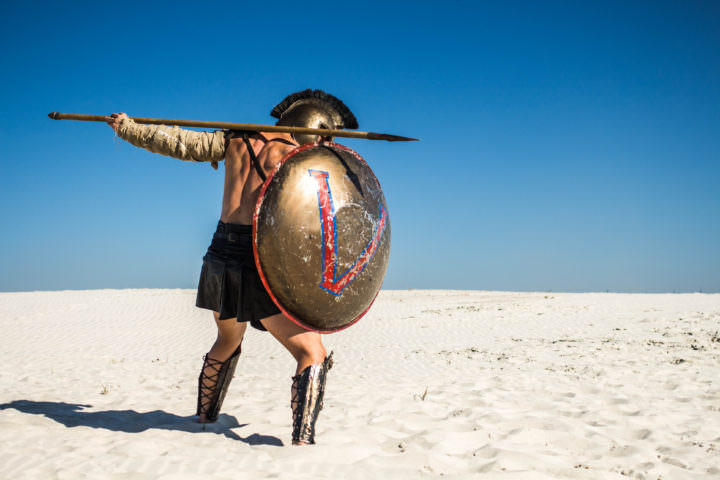 From 499 to 449 BC, several major plays in the ancient world was engaged in a conflict known as the Greco-Persian Wars. The crux of the conflict involved the Archaemenid Empire, known as the First Empire of Persia and multiple Greek city-states in mainland Greece, Asia Minor, and in the Greek islands. The two sides clashed for roughly fifty years until the peace treaty was negotiated. Here’s more information:

The main core of the Greco-Persian Wars is that the Persian Empire wanted to conquer Ancient Greece. There were two invasions, known as the First Persian Invasion and the Second Persian Invasion. The first wave was fronted by King Darius, but after being defeated by the Athenian Army, he retreated. Darius died and his son, Xerxes, became king. Meanwhile, the people of Greece, particularly in Athens, prepared for the Persians to attack once more. In the ten years it took for Persia to return, the Athenians were able to build a sizable navy using the money acquired from their rich silver deposits.

The Second Persian Invasion is when the Battle at Thermopylae took place. It is also when the Battle of Salamis took place, which resulted in the Athenian Navy winning a decisive victory against the Persian Navy. Ultimately, the Persians left Ancient Greece and never tried to invade again.

Many scholars believe that the Peace of Callias presented the official ending of the Greco-Persian Wars. Said to have been negotiated by an Athenian politician named Callias. After Xerxes initially invaded Greece during the Second Persian Invasion, the Greeks continually won battles. Sure, the Spartan soldiers at Themopylae lost that particular battle, but it was still a strategic loss. The Athenians were able to mobilize their navy and come up with a battle strategy that ultimately resulted in the Persian’s defeat.

Because of these losses, Persia knew they needed to retreat. According to Isocrates and Demosthenes, Callias played a role in the Persians’ exit out of Greece. The treaty was said to have given autonomy to much of Ancient Greece, prevented the Greeks from fighting with the Persians upon their retreat, and prevented Persian ships from entering the Aegean Sea at any time. Athens also promised not to bother the Persian’s claim to their existing holdings in Asia Minor, Libya, Cyrpus, and Egypt.

Controversy Concerning the Peace of Callias

It is important to note that there is some debate amongst historians as to whether or not this treaty actually existed. Though Isocrates and Demosthenes reported that the Peace of Callias existed, other scholars refuted the claim that such a treaty existed. Unfortunately, there aren’t a lot of references to the treaty that can be found in historical documents. Thus, the debate still exists today.

Whether or not the Peace of Callias exists almost doesn’t matter. What’s important is that the Persians left Greece and never cam back.