Written by GreekBoston.com in Modern Greek History Comments Off on All About the 4th of August Regime in Greece 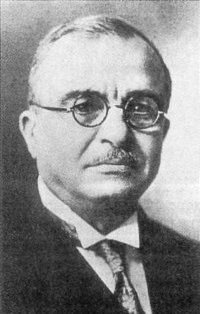 Back when Greece finally won its independence from the Ottoman Empire, the attempted to have a republic for a short period of time. This republic was highly unstable, and its original leader after independence, Ioannis Kapodistrias, was assassinated, which only showed how turbulent the country really was. In response to that, the Great Powers of France, Great Britain, and Russia instated the Kingdom of Greece with King Otto from Bavaria as its king. Into the 20th Century, the Kingdom of Greece was in power and even though it was fairly controversial, there were those who felt the royalty was the best thing for Greece.

General Ioannis Metaxas was one of these people and his 4th of August Regime was a controversial dictatorship that ultimately came about as a reaction to the turbulence that Greece was experiencing in the 1930’s. Here is more information about this regime and the role Ioannis Metaxas played in forming it:

It is important to understand that General Metaxas was a supporter of the royalty and that his actions were supported by King George II. After a stint of exile, the king returned to Greece in order to take the throne in 1935. Instead of being welcomed, he found that the people opted to have elections. In 1936, there was a near tie between two parties, and the KKE, or the communist party in Greece, was also gaining prominence.

Metaxas Declares a State of Emergency

Because the elections didn’t end with a decisive victor, coupled with the fact that the communist part was gaining popularity, General Metaxas declared that Greece was in a state of emergency. This was on August 4, 1936 and this move is what created the 4th of August Regime, or the Metaxas Regime. He said that during this emergency, he would hold all the power that he needed to restore order. It is also important to note that the was acting under the support of King George II.

End of the 4th of August Regime

Although Metaxas supported the royalty, King George II and General Metaxas had two opposing sympathies when it come to foreign policy. King George was pro-British and Metaxas had German sympathies. Greece wasn’t the only country that was facing political and economic instability – the rest of the world was in turmoil. In fact, in 1936, the world wasn’t that far away from World War II. Metaxas died just before the Battle of Crete in 1941, which is ultimately when Greece and the country’s allies fought the Axis of Power for who would control Greece, which would give the victor a strong tactical advantage. The 4th of August Regime fell apart both because Greece lost the Battle of Crete and also because of Metaxas’ death.

Ioannis Metaxis is at once considered a dictator and also a national hero. His actions were fairly controversial and some people feel that he did more harm than good, and other people felt that his actions were justified. It all depended whether or not they actually supported the royalty.