Written by GreekBoston.com in Modern Greek History Comments Off on Athens – Ancient City With a Modern Twist 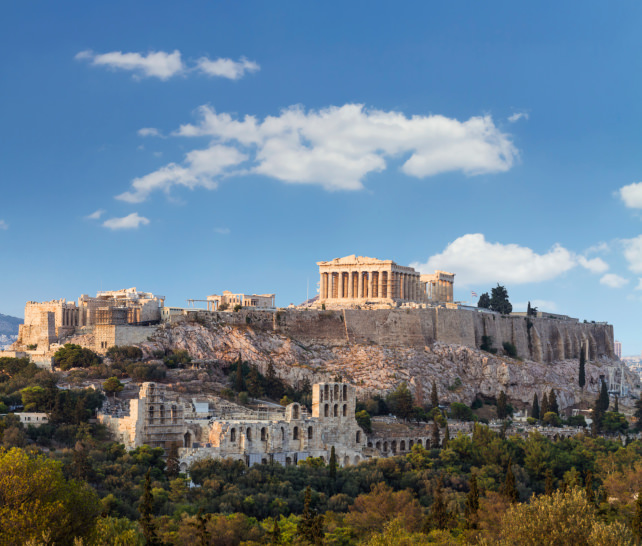 The city of Athens has a long history. In fact, there’s evidence that it has been inhabited for over 7000 years! Legend has it that Athens was named after the goddess Athena after she won the hearts of the people by gifting them the olive tree. She won the honor of becoming the city’s patron over Poseidon, the god of the sea. Though it likely began as a fortress that was located on the site of the historic Acropolis, the city itself has come a long way.

Here’s an overview of the modern history of Athens:

Athens in the Ottoman Empire

During the long years of rule during the days of the Ottoman Empire, Athens was a much different city. The city was captured in 1458 by the Turks and remained in their control until March of 1833. During their rule, Athens had a fairly small population. There were only around four hundred Ottoman style homes that were inhabited at the time. Though a Greek rebellion group did seize the city in 1822, the Ottomans gained control again until 1833.

Capital of the New Kingdom

After the Greek War for Independence, Athens only had a population of about five thousand people. King Otto from Bavaria became King of the new republic. He made some attempts to adopt the “Greek” way of life. For example, he wanted to be referred to as King Othon and he also adopted a “Greek” style of dress. He made Athens the capital of the new republic, even though the population was rather small.

As part of his new duties as king, he wanted to get to know his new city. To do so, he started by ordering an archaeological and topographical survey of Athens. Two architects, Stamatios Kleanthis and Eduard Schaubert, completed the survey. Eduard Schaubert also played a big role in rebuilding Athens after the Greek War for Independence.

In the early 1920’s, Athens experienced a population surge of several million people because of the uprooted refugees who came from Asia Minor. Roughly two decades after that, the city was occupied by the Nazis during World War II. The famine that ravaged Greece during the war was especially prevalent in Athens. Also, because the Greek government fled to Cairo during occupation, it helped set the country up for the Civil War that came about shortly after World War II was over.

After both wars, many people left the city to settle elsewhere, such as the United States. Because the city was so war-torn, many felt that the best thing to do was to start a new life somewhere else while Athens struggled to rebuild. However, the city slowly began to grow.

When Greece entered the European Union in 1981, this had a positive affect on the country as a whole. This political move attracted new investors, and Greece experienced a surge of economic growth. Athens was one of the places where this growth was most prevalent.

Though this growth had a positive impact on the economy, it negatively affected the city’s historic landmarks and caused air pollution. However, because of the Olympics in 2004, Athens did a lot to modernize the city.