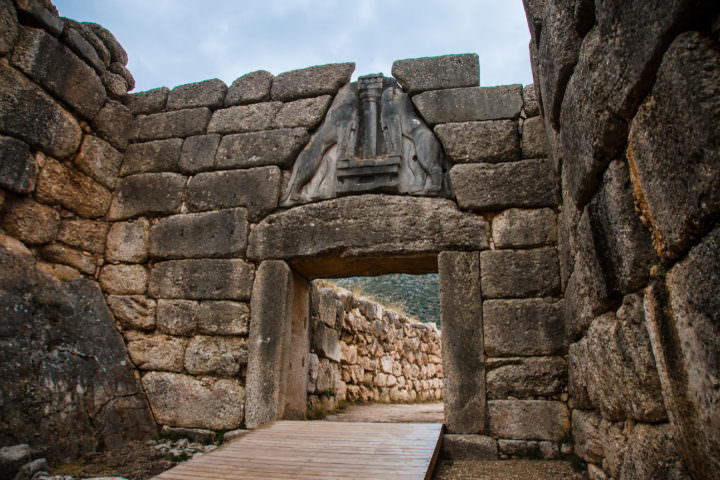 It is well understood that the Ancient Greeks carved their thriving civilization out of a landscape that was often considered inhospitable. They developed their greatness by capitalizing on their strengths, and no one did this better than the Mycenaeans, an ancient civilization located in the Peloponnese peninsula in modern-day Greece. This is the civilization that birthed many of the most memorable legends of Ancient Greece, such as the tale of the hero, Agamemnon as well as the story of the Trojan War. However, the Mycenaeans weren’t always so prominent. How did they get this way? Here’s a look at how the Mycenaean civilization rose to greatness:

Minoans and Mycenaeans Were Both Bronze Age Civilizations

In the early days of Ancient Greek history, there were two prominent Bronze Age civilizations. The Minoans, who lived primarily on the modern-day Greek island of Crete, existed as a civilization from 3650 B.C. to 1450 B.C. The Mycenaeans got their start in 1600 B.C. and ended in 1100 B.C. As you can see, there was a time when the two civilizations overlapped. For over one hundred years, the Minoans and Mycenaeans lived in the lands that is now Ancient Greece and even though the two civilizations weren’t that close to each other, there is archaeological evidence in Mycenae that the Minoans and Mycenaeans had made contact with one another.

Mycenae Engages in Trade With Other Civilizations

Historians and archaeologists believe that one of the biggest things that contributed to the rise of Mycenae is the fact that they engaged in trade with other civilizations. There is evidence that they traded with the Minoans, Egyptians, as well as others. Ancient Mycenaean pottery has been found in archaeological sites in Egypt, Mesopotamia, Levant, Anatolia, and Sicily. The fact that these civilizations have Mycenaean goods could indicate that they had a trade relationship. There is also evidence of Minoan goods found in Mycenae. These are factors that could have contributed to the rise of this civilization.

When the Mycenaeans were at their peak, it was a glorious and prosperous time. They rose to prominence and enjoyed several hundred years of prosperity. However, they did eventually collapse and when that happened, Ancient Greece was thrust into the Greek Dark Ages. While it may be hard to pinpoint exactly how the civilization originally rose to glory, many of the tales and legends that emerged during their zenith are still being told today.