Written by GreekBoston.com in Greek Mythology Comments Off on The Legend of Icarus 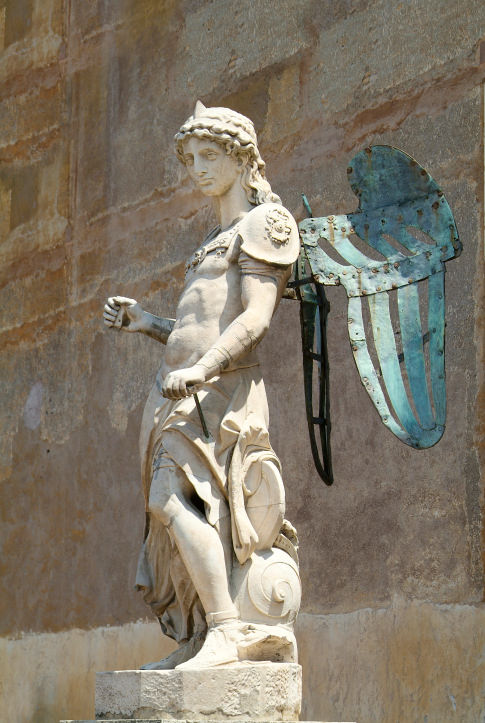 In Ancient Greece, the stories of the ancient gods and goddesses not only formed the center of their religion, but also served to highlight certain aspects of the human condition. With Icarus, one could argue that it is a cautionary tale against disobedience and was likely told to children to help them obey their parents.

But, who was Icarus exactly? Very little is known about his early life. We understand that his parents are Deadalus, the master craftsman, and Naucrate, one of King Minos’s slaves. However, we don’t know where he was born or what his childhood was like. All we know is that he is always associated with flying too close to the sun.

Very little is known about Icarus’s early life. We know that he was the son of Daedalus, the master craftsman, and Naucrate, a slave at King Minos’s Palace at Knossos. Deadalus was under the employ of King Minos and besides crafting tools and other items for the king, he helped Pasiphae seduce the bull who eventually impregnated her.

The end result of this deception was the Minotaur, a creature that was half man and half bull. Enraged, King Minos enlisted Deadalus’s help in creating the Labrynth, which became the Minotaur’s prison and ultimate demise.

Even though Deadalus helped the king, Minos still blamed him for helping Pasiphae seduce the bull. So he trapped Deadalus inside the very Labyrinth that he created. His son, Icarus, became a prisoner with him, also.

While locked inside the Labyrinth, Deadalus knew that he had to find a way for them escape. Therefore, he created two pairs of wings – one for himself and one for Icarus. These wings were designed to help them escape from the Labyrinth.

Flying Out of the Labyrinth

Because Deadalus was a brilliant inventor, he was able to create a pair of wings that actually worked. The wings were made up of feathers that were bound together by pieces of melted wax. Once the wings were completed, Deadalus knew that the wings would help them fly out of the Labyrinth and away from the island of Crete.

When Deadalus gave wings to his son, Icarus, he cautioned him not to get too zealous. He knew that flying was a different feeling because humans aren’t typically able to fly, and he was concerned that Icarus would overdo it and cause himself harm. His biggest caution was to avoid flying too close to the sun.

As soon as Icarus put on his wings, his father’s warnings were forgotten. He was so engrossed with flying that he didn’t even notice that he was flying into the sun. Before long, the sun melted the wax and the wings fell apart. Icarus fell to his death. To this day, the part of the sea where Icarus fell bears his name. The Icarian Sea is located off the coast of the island of Ikaria.  As you can see, there is a lesson in this story. It shows the cause and affect of disobeying their parents. It is very likely that parents would tell their children to scare them into listening!