Most of us know all about the Trojan War, especially how the war ended. The Greeks were fighting against the Trojans, and the war had been at a standstill for a long time until they tricked the Trojans into opening the gate by pretending a large, wooden horse filled with Greek soldiers was a gift. There are plenty of memorable characters from that story, including Odysseus and Achilles. Another of those characters is Hector, the Prince of Troy.

Hector was the son of King Priam and Queen Hecuba. As the firstborn son, he was entitled to be heir of his father’s throne. He was also a Trojan prince since he was a descendant of Tros who founded Troy. He later married Andromache and she bore him a son, Astyanax. His son was named by the people of Troy.

Prince Hector was well-liked and he had a good personality that people enjoyed. He was also courageous, which contributed to his success as a fighter. He was also very polite and cultured. He was also known as a thoughtful person and a lover of peace.

Hector During the Trojan War

Hector was known for being one of Troy’s best warriors during the Trojan War, and this proved to be the very thing that eventually ended his life since he died a hero’s death. This was acknowledged by the Greeks as well as the Trojan people.Hector managed to kill Protesilaus in a single combat thus fulfilling a prophecy which stated that the first Greek to step on Trojan soil would die.

Ajax was a great warrior. Hector battled with him for a whole day but none of them emerged victorious. They thus expressed admiration for the other’s skill and exchanged battle gears. Ajax gave Hector a girdle while Hector gave Ajax his sword.

Achilles had been out of action but he came back to duel with Hector. Hector fled and he was chased around the city of Troy three times. He eventually mastered the courage to face Achilles and stopped running away.

Anthena disguised himself as Deiphobus, Hector’s brother and helped Achilles in his fight against Hector. During the encounter between Hector and Achilles, Achilles threw a spear at him but he dodged it. Hector then threw his spear at Achilles but it did not cause any harm since it hit Achilles’ shield. When Hector turned to retrieve another shield from his brother, he did not see him there and knew that he was in a dangerous situation.

Hector decided not to run away but to face Achilles. This bold move would lead to people honoring him as a brave warrior which was the most desirable thing for soldiers who lived in the timocratic society

Hector still had his sword and tried to charge it against Achilles but Achilles threw a spear at him and it pierced him on the collar bone. This led to Hector’s death and his body was returned to Priam and allows funeral rites to be performed for Hector.

Although Hector died in his battle with Achilles, he proved he did not have a spirit of cowardice but of bravery and he made his people proud and proved that he deserved his position as a prince and a soldier. He was honored as a fine soldier and was also remembered as a loving father and husband. Essentially, he is looked at as having died an honorable death. 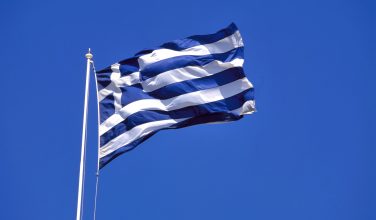