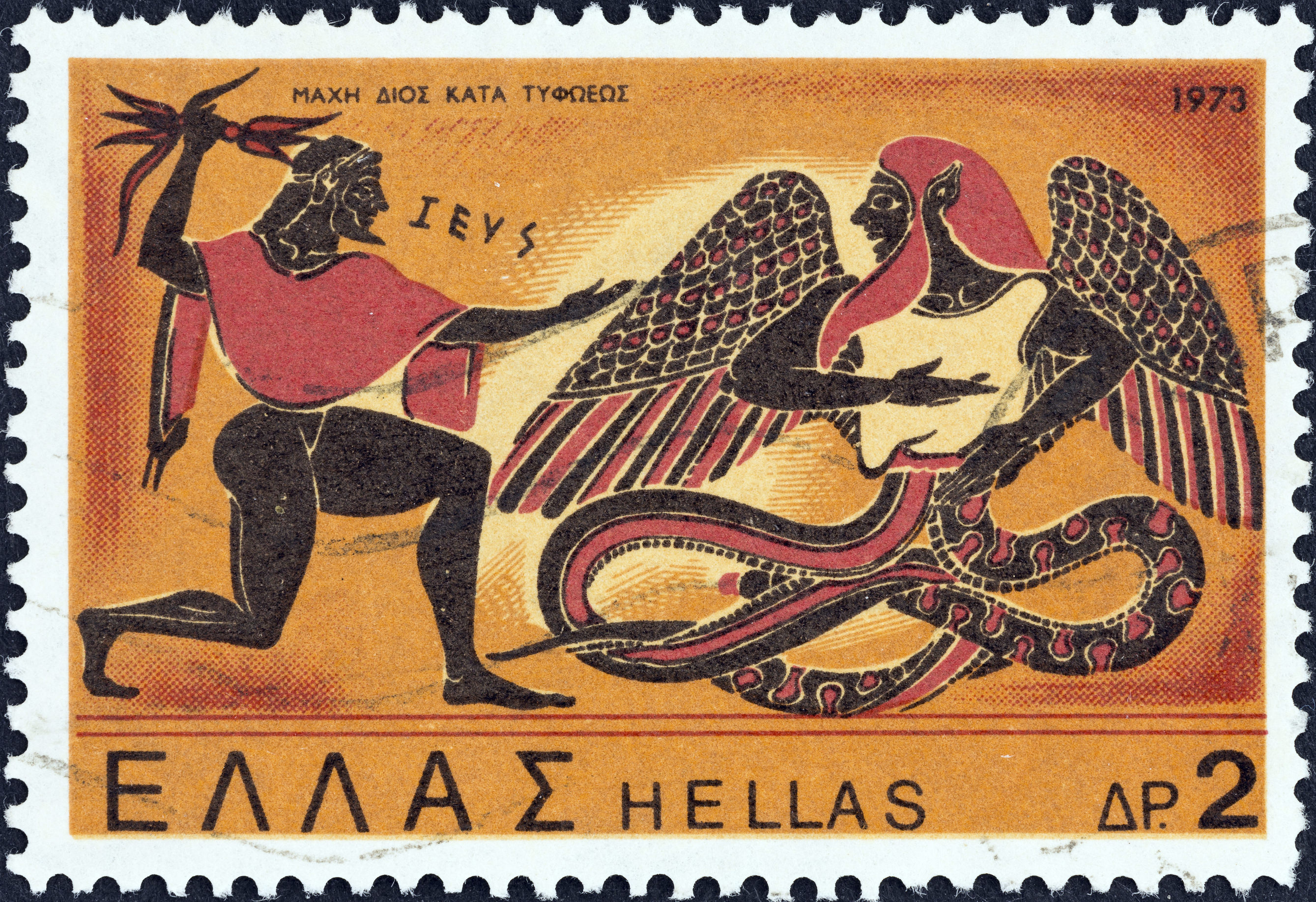 Greek mythology is filled with deadly creatures, and Typhon is perhaps one of the deadliest. Yet, for those who are new to Greek mythology, he is a creature that many haven’t heard of. Creatures like Medusa and the Minotaur are pretty well known, but there’s no reason why Typhus should be forgotten! Here’s more information about this unique and terrifying creature of Greek mythology:

To those who look at Typhon at first glance may think that he is actually a human. In fact, he’s a humanoid from the waste up, but only from the front. When looking at his back, you’d see that he has 100 snakes winding up his back to his shoulders. He’s also incredibly tall, and is said to be able to touch the stars when he’s at his full hight. His legs aren’t normal, human legs – they’re actually two large, coiled snakes – one for each side.

How Typhon Was Born

According to the Theogony, which was written by Hesiod, Typhon was actually the son of the Titan goddess, Gaia, and Titan god, Tartarus. According to the Theogony, his birth represented one last effort to prevent the Olympian gods and goddesses from overtaking the Titans. Gaia and Tartarus had several children, and Typhon was the last of them. He may be considered a terrifying creature, but that was actually the intent. He was supposed to be so fierce that he would prevent the next generation of gods and goddesses from defeating them. However, this would not be the case. As we know from the stories, the Titans were eventually defeated.

Typhon Challenged the Role of the Gods

After the Titans were defeated, Gaia put forth one last effort to drive the Olympians away. To do this, she sent the largest and most terrifying creature she could think of in order to defeat them – her son, Typhon. His role was to challenge the gods and eventually defeat them. As he worked his way through the land looking for the Olympians, he destroyed and terrorized everything in his path. As word of this creature spread, the people of the earth were increasingly terrified but what he could do.

Because they were so scared of this creature, the people of earth prayed to Zeus and the other gods and goddesses about Typhon. It seems, however, that Zeus was the most popular god that people prayed. The people would visit his temple and pray constantly, asking him to kill Typhon. After a while, he decided to answer their prayers. He decided to battle Typhon until the giant creature was defeated.

In order to prepare, he put on his battle armor and had the Cyclops create extra lightening bolts so that he could have an advantage when fighting the creature. The battle itself was long and dramatic. Typhon fought with his snakes, Zeus fought with all of his lightening bolts and other weapons. Eventually, a weary Typhon left the battle scene. Zeus chased him and forced Typhon to submit. When Zeus caught him, he eventually threw Mount Aetna on him where he still lives today.