What to Know About the Greco Turkish War

Written by GreekBoston.com in Modern Greek History Comments Off on What to Know About the Greco Turkish War 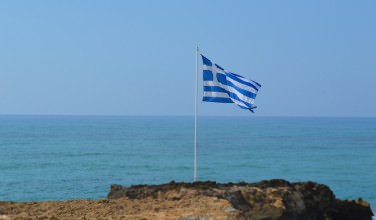 The Greco-Turkish war took place after World War I and in many ways, the events of World War I may have led up to it. Its main trigger was when the Greeks decided to attack the war-ravaged state of Turkey and show world that it intended to realize their goal of establishing a new Hellenic empire in the region. This specific course of action, combined with the Italian, French, and British designs on the future of the Anatolian territory, posed a direct threat to Turkey’s existence as a sovereign nation. Here’s more information about this war:

About the Greco-Turkish War

The Greco-Turkish war of 1919 to 1922 was actually the second Greco-Turkish war, with the first one taking place in 1897 and lasting for only 30 days. It commenced when the Greeks tried to extend their region of influence past the eastern Thrace in Europe and the district of Smyrna in Anatolia. Both of these regions had been given to them under the Treaty of Sevres signed on August 10th 1920 and imposed on the fairly weak and defeated Ottoman Empire. However, tensions between the two parties had already started back in 1919.

Some military experts from both states did not expect the war to take place even with all the underlying tensions since the Greek army at the time was poorly armed and lacked the necessary resources to fight a winnable war. However, despite all these factors, the Greeks began their attack on Anatolia in 1921 against the nationalist Turks who had defied the general Ottoman government by not recognizing the Treaty of Sevres.

Fighting During the War

Fierce fighting took place between the two sides from the time the war broke out, but after a while, the Turks were able to repel the Greek army in April. However, this did not stop their opponent’s ambitions for war. After some re-grouping, the Greeks eventually renewed their attack in July. During this campaign, they were able to advance past the Afyonkarahisar-Eskişehir railway line that led to Ankara.

However, the Turks, under their nationalist commander Mustafa Kemal, also known as Kemal Atatürk, were able to defeat the Greeks once more at the Sakarya River during a battle that took place between August 24th and September 16th 1921. A year later (September 1922), the nationalist Turks took control of Smyrna and pushed the Greeks out of Anatolia completely. Things got even worse for the defeated side when the Greek monarchy was removed from power through a military coup.

How the War Ended

Even though the Greeks were the main agitators of the Greco-Turkish war of 1919 to 1922, they were the real losers at the end of the conflict. For starters, aside from waging a losing military campaign against the nationalist Turks, they were also forced to accept the terms of the Treaty of Lausanne, which was signed on July 24th 1924. According to the terms of the treaty, Greece was expected to return Eastern Thrace, together with the islands of Tenedos and Imbros back to Turkey. They also had to abandon their claim to Smyrna and agree to take part in an exchange of Turkish and Greek minority populations.

The Greco-Turkish War, which took place from  1919 to 1922, showcased the military unpreparedness of the Greek army and the failure of their commanders to adequately evaluate the capabilities of the Turks. There were repercussions from the Treaty of Lausanne, which were not to Greece’s advantage.