Home > Greek Culture > Modern Greek History > Why Are Houses in Greece Made of Stone?

Written by GreekBoston.com in Modern Greek History Comments Off on Why Are Houses in Greece Made of Stone? 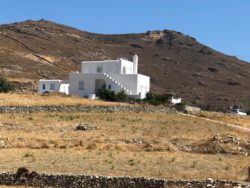 While visiting Greece, you may notice that the homes look completely different. In the United States, homes are made with unique materials and have a different appearance.  In fact, the homes in Greece appear to be made of stone, and although there might be some slight regional differences in how they look, their methods of construction are similar to one another.

One of the most striking features about these homes is that they seem to blend in well with the landscape. Whether gazing on the houses in a mountainside village or those perched on a cliff on one of the Greek islands, you can’t help but feel as if the homes somehow belong where they stand. This is done on purpose, as the homes are designed to flow naturally with the environment.

Here is some more information about the unique way that Greek homes are constructed:

Building homes using stone is not a new concept in modern Greece. This is a practice that has been followed since ancient times. The Ancient Greeks quickly learned that stone is reliable, sturdy, and long lasting. It was also readily available. Many structures that have survived from Ancient Greece today were made with ancient stone building techniques. For example, ancient temples, such as the Parthenon in Athens, were made of stone. 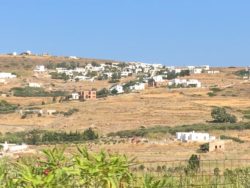 The method for constructing these stone houses in Greece is called “drystone”. Although versions of this method is popular in other countries throughout the world, the Greeks really do have a unique way of approaching it. The techniques are most commonly used to build stone walls. Although there are plenty of drystone walls located throughout Greece, this technique can also be used to make other structures and even homes. However, this is an older tactic for construction that was common in Ancient Greece and although you can still find homes made in this way, it isn’t typical for new construction.

Most homes in Greece nowadays use a traditional method known as “koutounto”. Using this method, Greek architects are conscious of Greece’s terrain and they develop homes in a way that works well with the surroundings. For example, it isn’t uncommon to see a home build on a hill using local materials so that the home blends seamlessly with the hill. The overall effect is that houses become part of the landscape itself. Stone is typically used because it can be acquired from the local area and it usually helps keep a home cool. It is also not uncommon for homes to have a uniquely shaped roof to enable for rain to be collected and stored in a reservoir and then used as part of the household’s water.

Stone construction is something that is very popular in Greece and has been since ancient times. It is also visually appealing and each structure becomes a unique part of the landscape. For the most part, they are made of stone because the materials are readily available and also flow naturally with the environment.