Written by GreekBoston.com in Modern Greek History Comments Off on About Nikolaos Plastiras of Modern Greece 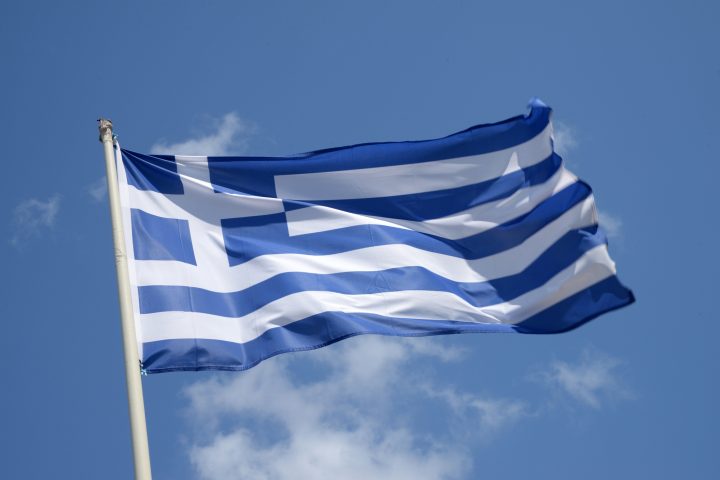 Nikolaos Plastiras played a significant role in Greece’s military rule and politics in the 20th century.
He was born in the Karditsan village of Vounesi, today called Morfovouni, on November 4, 1883. Plastiras’ parents were born and raised in the town of Morfovouni in the Agrafa mountains of southwest Thessaly. His family moved to the village of Karditsa before Plastiras was born. Here’s more information about who he was and why he was important to Greek history.

The municipality was renamed in honor of General Plastiras, and Morfovouni now serves as its capital. After earning his high school diploma in 1904, he volunteered to join the 5th Infantry Regiment. He participated in the Macedonian Struggle and the 1909 coup attempt.

He fought in the Balkan Wars when they started in 1912 and rose to fame in the military service. During the Battle of Lahanas, plastiras’ friends dubbed him the “Black Rider.” During the National Division era, he supported Eleftherios Venizelos and the National Defense Movement (1916).

He was notable during the disastrous Turkish assault at the Sakarya River, which caused the Greek Front to disintegrate during the Asia Minor Campaign. He participated in the creation of the Revolutionary Committee following the destruction of Smyrna. It resulted in the abdication of King Constantine I in favor of his son, George II.

Eleftherios Venizelos was invited back from exile by Plastiras to lead Greece’s negotiating team with Turkey, and the two nations ultimately agreed on the Lausanne Treaty (1923).

On March 6, 1933, Plastiras staged a political coup against the winning United Opposition party to avert a change in the status quo. He fled and relocated to Nice, France, out of fear of being detained after he failed. He was convicted for the coup on March 1, 1935, not the attempted uprising. Despite not being present in Greece, he was sentenced to life in jail alongside Venizelos.

He was instrumental in putting together the resistance during Ioannis Metaxas’s tyranny. Following the events of December 1944 and the nation’s liberation from Nazi rule, Plastiras was appointed prime minister. Except for the communists, every significant political party was represented by his cabinet.

The Varkiza Agreement (1945), which committed both parties to put down their weapons, was signed by communists and the National Liberation Front during his administration. After disclosure of a letter in which he advocated giving up to the Italians during the Greek-Italian War, he resigned on April 10, 1945.

He avoided Greek politics throughout the Civil War. Together with Emmanuel Tsouderos, they founded the National Progressive Center Union after the war (EPEK). He established a coalition government with Georgios Papandreou Sr. as vice president following the elections of March 5, 1950. Despite being in government for five months, the communist was protected by the setup policies.

In the elections held on September 9, 1951, the EPEK came in second place to the Greek Rally led by retired general Alexandros Papagos. A coalition government led by Plastiras supervised the nation’s recovery through programs like infrastructure development, nationalizations, social assistance, land redistribution, and women’s suffrage.

Members mainly disregarded Plastiras’s plea for cooperation among Left-wing parties in the elections on November 16, 1952. The EPEK suffered severe defeats before dissolving. On July 26, 1953, just a few days after his political career ended, Plastiras passed.

Nikolaos Plastiras acquired the esteem of the Greek people as a respected military commander, honorable politician, and model citizen. He devised the idea for Lake Plastira, an artificial lake on the Tavropos River. The lake was named after him in recognition of his achievements.