Written by GreekBoston.com in Modern Greek History Comments Off on How Mani Started the Greek War of Independence 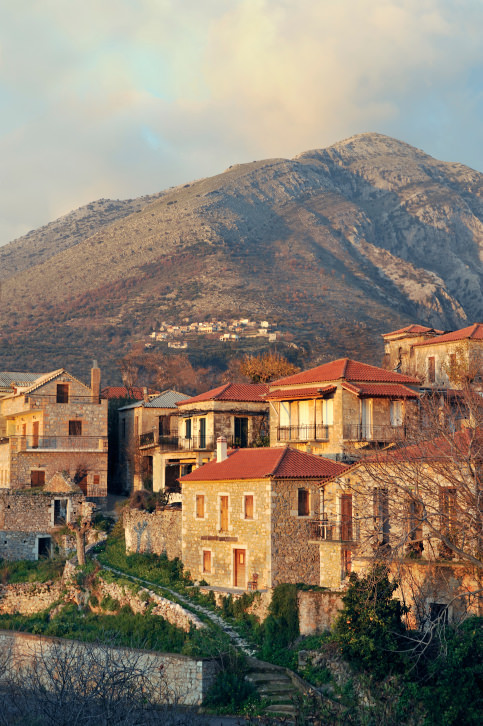 Get to Know the Region of Mani

Mani, also known by its medieval names Maina and Morea, is located in southern Greece. Mani is home to the Maniots who are descendants of the ancient Spartans. Mani consists of three regions: Outer Mani (northwest), Inner (or Deep) Mani (southwest), and Lower Mani in the East. Inner Mani is considered the most authentic region of Mani with its rugged coastline.

During occupation, The Ottoman Turks were never fully able to gain a strong foothold in this particular region, but it was never for lack of trying. The people of that region were known for being fierce fighters and they, for the most part, fought them off. However, over time, Mani became tired of it and began to organize for a cohesive resistance effort.

Origin of the Greek War for Independence

While it is commonly thought that the Greek War of Independence started on March 25, 1821, it actually began on March 17, 1821 in Mani. It was on this date that the Maniots declared war on the Ottoman Empire, a week before the rest of Greece would join in the revolution. Mani was the target of many attempts to enslave it by the Ottoman Empire, but luckily Mani was impenetrable. The area continued to experience independence thanks to its alliance with Venice.

Thanks to the mountainous and desolate landscape of Mani, it was easy to defend. Prior to 1776 when Mani was declared a semi-independent tribal hegemony, it was considered to be a refuge for Greeks trying to escape the Ottomans, and they were known to be a problem for the Ottomans. There were many armed conflicts that took place between the Ottomans and the Maniates.

The people of Mani were known to be skilled and experienced warriors. This, along with the more isolated location of Mani, made it the ideal place to begin the Greek Revolution. After Greek forces won a number of battles during the war, the Ottomans, under the command of Ibrahim Pasha called in reinforcements from Egypt to join them in their fight.

Battles of the Revolution and the Aftermath

During the Battle of Vargas, an envoy sent by Ibrahim demanded the surrender of Mani or they would pillage it. The Maniots stood up to Ibrahim and sent 70,000 men to attack. The Ottomans could not breach the walls and sent ships with cannons to do the job. The ships and cannons also failed and a few days later, the Egyptians and Ottomans retreated. During this battle, it is unknown how many Greeks were lost, but 2,500 of Ibrahim’s men were lost.

During the Battle of Diro, Ibrahim attempted to attack Mani from the rear and take control of the mountain passes. Although Ibrahim thought the location was good and that he could be victorious in this battle, Mani rounded up aid that came from other villages in the region and Ibrahim lost 1,000 men. Interestingly enough, it was actually mostly the women of Mani who fought and won this battle, as Ibrahim tried to take advantage of the fact that the men of Mani were off fighting in another location. The were dubbed “The Amazons of Diro.”

The Battle of Polytsaravo was also part of the Ottoman-Egyptian Invation. This battle was Ibrahim’s final attempt to invade Mani during the War of Independence. After the defeats at Vargas and Diro, Ibrahim tried to rally his troops. This battle also resulted in a win for Mani and for Greece as a whole. It cost the Maniots just 9 lives while 400 Egyptians were lost.