Written by GreekBoston.com in Modern Greek History Comments Off on ELAS – The Greek People’s Liberation Army 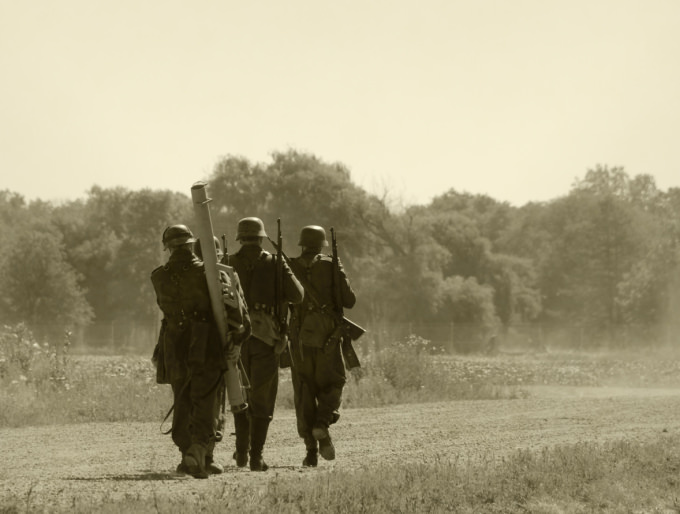 As Greece’s government was in exile during the tripartite (Bulgaria, Germany, and Italy) occupation during World War II, many Greeks took resistance into their own hands. Using support and political power from the already ostracized Communist party, a resistance organization known as the National Liberation Front (EAM) was established in September 1941. Following shortly thereafter, the military arm of EAM was established, known as the Greek People’s Liberation Army (ELAS).

The military unit grew from support of EAM and through a sense of solidarity as in the acronym from the organizations Greek name (Ελληνικός Λαϊκός Απελευθερωτικός Στρατός) ELAS sounds like Hellas, which is the Greek word for Greece.

The Founding of the EAM

Under the Molotov–Ribbentrop Pact, Germany and the Soviet Union agreed to a non-aggressive relationship in the beginning of World War II. However, both sides held reservations about one another. Germany proposed the Soviet Union join Germany in the Axis pact along with Italy and Japan. The Soviets countered this proposal and the two sides started building tensions towards one another.

Over the summer of 1940, Germany became in need of raw materials. This combined with tensions over land in the Balkans with the Soviets; Hitler decided to draft plans to invade the USSR. The Germans invaded the Soviet Union on June 22, 1941. To show support to the Communist Soviet government, the Greek Communist Party called for resistance and formed the EAM in September of that year.

Humble Beginnings for the ELAS

Athanasios (Thanasis) Klaras was a member of the Greek Communist Party and was arrested several times during the 1920s and 30s due to Communist activity. He joined the Hellenic forces during World War II and was sent to serve as a corporal to the forces working on the Albanian front, until Greece surrendered to Germany. Due to his military history and his long-time membership with the Communist party, the National Liberation Front (backed by the Communist party) appointed Klaras as a leader to organize an armed resistance movement.

The first act of the ELAS happened on June 7, 1942 when a small group of guerilla forces were led by Klaras into the village of Domnista and issued a proclamation of war against the Axis forces. He introduced himself to the villagers as Aris Velouchiotis, a name he had given himself based on the Greek God of War, Ares, and a local mountain called Mount Velouchi. With his pseudonym in place, Velouchiotis began to rally individuals to join his team of resistance fighters.

The initial group of fighters who entered Domnista only consisted of fifteen members. As Velouchiotis travelled to different villages gathering support, he enlisted bandits who had taken refuge in the Greek mountains and slowly began to assemble a team of resistance fighters and the ELAS began to grow. Soon the Greek People’s Liberation Army had a team of 50,000 guerilla fighters.

The ELAS wasn’t the only resistance group in Greece during this time. While the Greek People’s Liberation Army was the largest group, other non-communist groups began to emerge including the National Republican Greek League (EDES). Together, the ELAS and the EDES joined forces to assist British troops with one of the most significant acts of Greek resistance – Operation Harling.