Written by GreekBoston.com in Modern Greek History Comments Off on All About the Siege of Rhodes 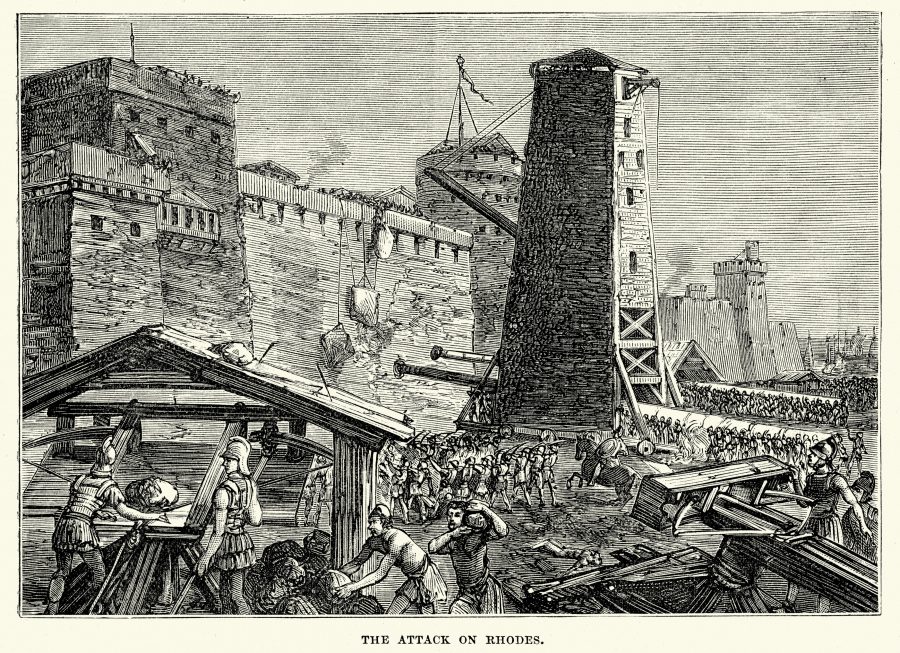 By the time the Siege of Rhodes took place in 1522, the era of the Crusades had been over for about a century. But the battle that occurred on the Greek island of Rhodes had its roots in the Crusades and was part of the ongoing effort by European Christian military forces to invade the Middle East and recapture the Holy Land from Islamic rulers. Here’s more information about the Siege of Rhodes, which had an important part of the history of Medieval Europe:

Events Leading Up to the Siege

The Crusades began in about 1095 and were instigated by the Roman Catholic Church. It may have been a religious institution, but it was also the dominant political and military power of Europe. The powerful Pope Urban II is the man who launched the Crusades with a powerful speech in 1095 calling for all European Christians to rise up and reclaim the Holy Land for Christianity.

The Crusade wars lasted nearly 400 years. Among the most elite fighting forces of the Latin Church were the Knights of Rhodes, first known as the Knights Hospitaller. They conquered Jerusalem in 1099 and remained a dominant player in the Holy Land for more than a century. Muslim forces eventually drove the Knights Hospitaller from their last stronghold in Palestine in 1291.

This military force withdrew to the Greek Island of Rhodes where they came to be known as the Knights of Rhodes. From this key location in the Aegean Sea, the Knight of Rhodes were able to exert wide influence across the Eastern Mediterranean. The Knights frequently harassed and raided the coasts of Turkey where the Islamic Ottoman Empire was based.

The Ottomans knew that ridding Rhodes of this dangerous Christian military force was not only vital for the security of the Ottoman Empire, but it was a key for gaining economic/political control of the Mediterranean region.

Unfortunately for the Turks, the Knights of Rhodes had established an enormously powerful, well-defended stronghold. It was a fortress built in what was known as the “trace italienne” style. In short, this was state-of-the-art military defense technology of Medieval times. It featured massive stone walls specially designed for use of cannons to repulse attackers.

The Army of Rhodes Was Outmatched

The Rhodes fortress was under the command of Philippe de Villiers de L’Isle-Adam, a grandmaster of the Knight’s Order. He had some 6,700 troops at his disposal – but he would need to defend his position against a massive army estimated to be 180,000 to 200,000 strong.

This huge Ottoman force was initially led by Çoban Mustafa Pasha. However, the great Sultan, Suleiman the Magnificent, would later take personal command after Corban Mustafa repeatedly failed to dislodge the Knights from their stronghold.

The Siege of Rhodes raged back and forth for nearly six months. The death, destruction, carnage and suffering caused by the lengthy military campaign was almost beyond imagination. From 60,000 to as many as 114,000 Turkish soldiers died bloody deaths on the battlefields outside the walls of the fortress and in attacks inside when the walls were finally breached. Out of the 6,700 original soldiers, about 5,000 were killed.

In the end, Philippe de Villiers de L’Isle-Adam was forced reluctantly to negotiate a surrender. However, he was given extremely generous terms by Suleiman. The remaining battle-weary Knights of Rhodes were allowed to leave. They were even supplied with 50 ships which they used to sail to safe haven in Crete along with several thousand civilians.