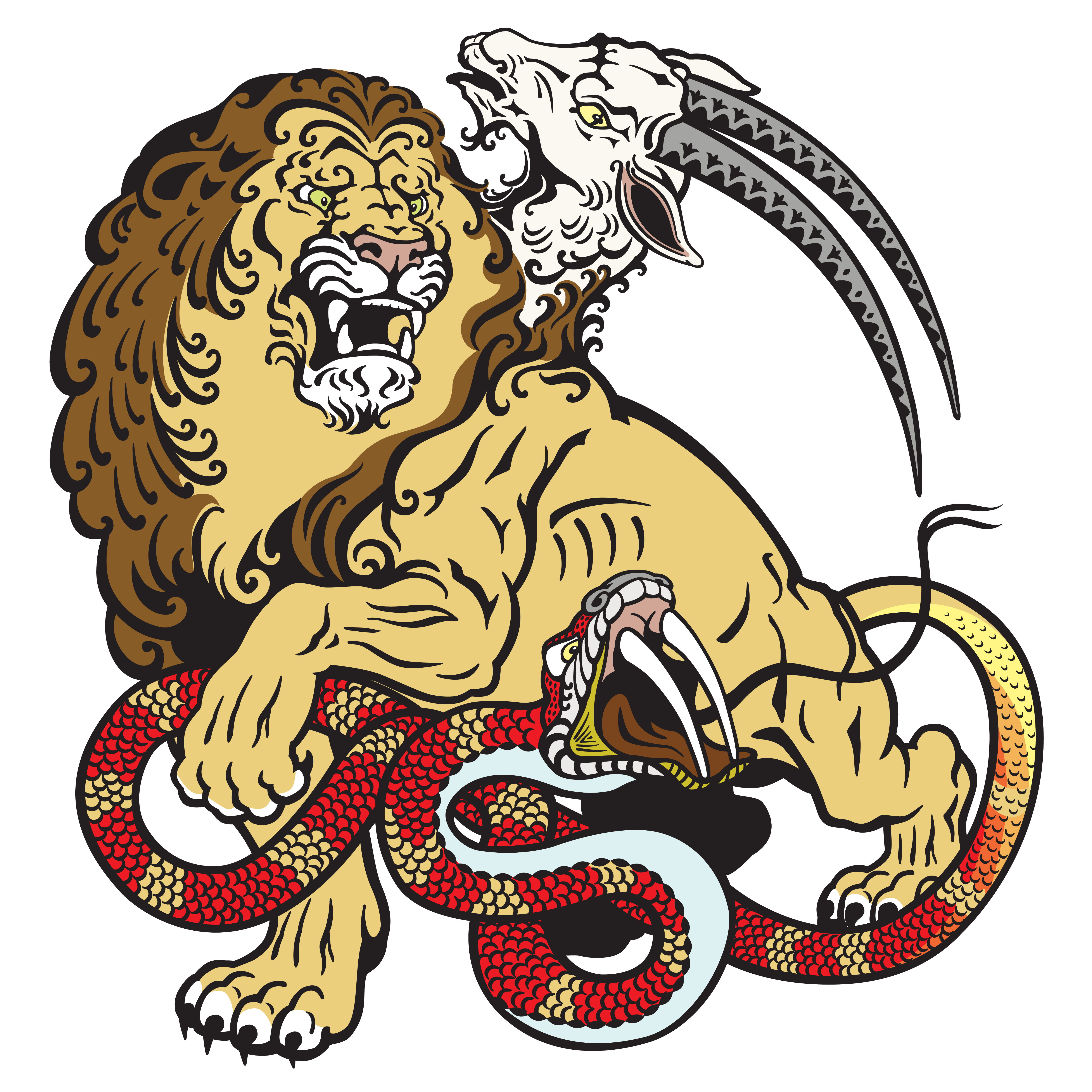 The chimera was one of the most terrifying creatures in Greek mythology. Although different versions of the creature exists depending on the source, there are characteristics that are always the same. Webster’s Dictionary defines the chimera as, “a fire-breathing female monster with a lion’s head, a goat’s body, and a serpent’s tail.” This is an accurate summary of what the creature is, but that certainly doesn’t tell the whole story. Here’s a look at the story of the chimera, one of the most fearsome creatures in Greek mythology:

Description of the Chimera

According to most sources, the chimera was a creature who came from Lycia, which was located in Asia Minor. The most common depiction of the creature is summarized in the definition from Webster’s Dictionary. The creature usually had the head of a lion, a tail that looked like it belonged to a serpent, and the body of a goat. In some versions, the chimera did breathe fire, but this wasn’t a feature of chimera in all of the stories.

Across the ages, the idea of creating a hybrid of some of the most fearsome creatures has often terrified people. In the case of the chimera, the mix of animals that were part of its structure. In particular, serpents were especially terrifying and were incorporated into other creatures, such as the terrifying monster, Medusa. In some cases, the term, “serpent” was also used in Greek mythology to describe a dragon, which could explain why the chimera occasionally breathed fire.

What the Sources Say About the Chimera

Homer, the Ancient Greek author who penned both the Iliad and the Odyssey, talked about the chimera in some of his works. In fact, his referencing of the creature is the earliest evidence that the creature was a part of Greek mythology. He said in the Iliad that the chimera was, “a thing of immortal make, not human, lion-fronted and snake behind, a goat in the middle, and snorting out the breath of the terrible flame of bright fire.”

Hesiod, the writer of the Theogony also mentioned the chimera, and his description was very similar to Homer’s. He also talks a little bit about the creature’s origins. Hesiod said that, “She was the mother of Chimaera who breathed raging fire, a creature fearful, great, swift-footed and strong, who had three heads, one of a grim-eyed lion; in her hinderpart, a dragon; and in her middle, a goat, breathing forth a fearful blast of blazing fire. Her did Pegasus and noble Bellerophon slay.”

The term “chimera” has made it into the English language. According to Webster’s Dictionary, it means, “something that exists only in the imagination and is not possible in reality.” Not only that, but the chimera is one of those creatures that continues to fascinated storytellers. It seems that different tales have their own versions and they make their way into modern fiction, animated series, and even movies. It all started with the original chimera, which had the head of a lion, body of a goat, and the tail of a serpent.