Written by GreekBoston.com in Modern Greek History Comments Off on The History of 150,000 Ethnic Greeks in Ukraine 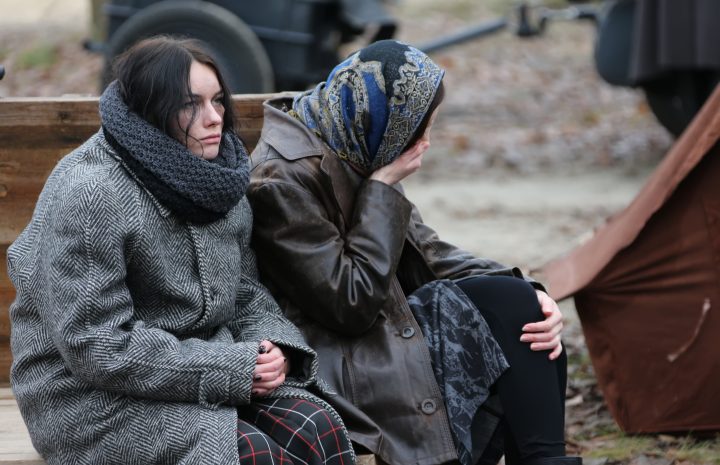 The Greek Diaspora extends throughout the globe, and this includes the Ukraine, were they are referred to as Ukrainian Greeks or Crimean Greeks. Currently, there are around 150,000 ethnic Greeks living in the Ukraine, and they are considered to be an ethnic minority.

Although they live throughout the Ukraine, the majority are concentrated in Donetsk Oblast, particularly by the city of Mariupol. Many of these Greeks are descendants of the Pontic Greek Refugees that came to the Ukraine in the early 1900s.

In the early 20th century, ethnic Greeks from the Pontic region of Asia Minor, which is now modern-day Turkey, were forced to leave their homes. They scattered throughout the globe, and the Ukraine, particularly in the Crimean peninsula, is where they settled. Today, most of the present-day Greeks in the Ukraine are descendants from several waves of Pontic Greek refugees who had to leave their homes.

The history of Greeks in Pontus in Asia minor spans back thousands of years, as Asia Minor, also known as Anatolia, was conquered by Alexander the Great in 334 BC and then colonized by Greeks shortly after. They remained in that region even while the Ottoman Empire took over.

During the Smyrna Crisis, also referred to as the population exchange between Greece and Turkey, many Pontic Greeks were displaced and become refugees. They scattered throughout the globe, with many moving to the United States, Greece, and other parts of Europe. The Ukraine was one of these places.

After World War II ended, a war-torn Greece was plunged into a Civil War, resulting in a wave of refugees from Greece that scattered throughout the world.

From 1946 until 1947, more than 40,000 refugees from Turkey, Yugoslavia, and Bulgaria arrived in the region, settling mainly in Nikopol, Sudak, Vodnyi Strazhynyi, Krasnoarmeyska, Verkhovyna, Yalta, and Chernivtsi Oblasts of Ukrainian SSR. Many refugees left by 1951 due to the establishment of Soviet borders between East Germany and Poland.