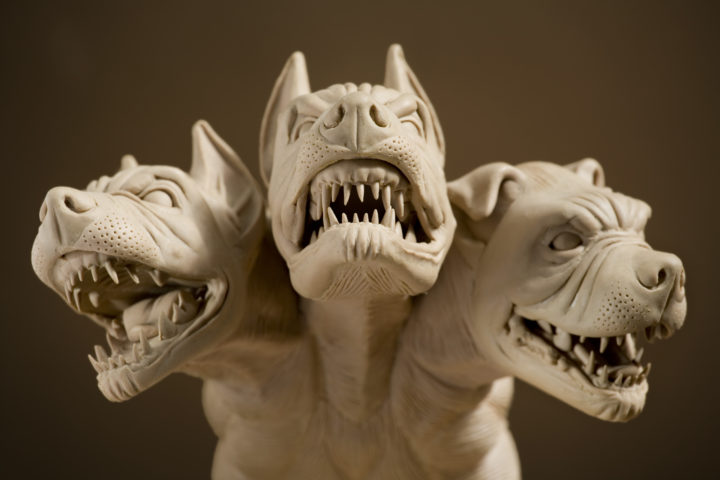 Greek Mythology is filled with memorable stories, and each of them has a special place in the culture and folk lore from Ancient Greece. There are tragic stories, happy ones, and those that involve he gods and goddesses. Some stories, however, stand out because of the monsters within them that are the main players. Here’s a look at some of the most interesting stories of Greek Mythology that involve monsters:

The Minotaur is seen as one of the most fearsome creatures of Greek Mythology, and the stories that are associated with it are intriguing and entertaining. The story of how Theseus slayed the Minotaur, however, is one of the most memorable. Theseus entered the maze under the guise of being a sacrifice to the monster, but instead, he slayed him.

There was a time when Medusa, the monster that has snakes for hair and can turn humans into stone with her gaze, was actually a woman. Her beauty was known throughout Ancient Greece before she was cursed into the monster that she became. Her transition from gorgeous woman to horrifying monster is an intriguing one.

Old Man of the Sea

The Old Man of the Sea was less of a monster and more of a mythological creature that encompassed a series of sea deities. This creature kept each over the sea and often helped travelers. However, the Old Man was often mistaken for a monster due to its size and often ferocious nature, especially when defending its domain.

The strained relationship between Hercules and Hera is legendary. Hera was jealous of Hercules, the son of Zeus, Hera’s husband, and one of Zeus’s mistresses. She orchestrated these labors for Hercules to complete, and many of them involved monsters like the Namea Lion and the Cerberus, the multi-headed dog that guarded the underworld. Ultimately, it is these Labors that made Hercules a legend.

Oedipus Answers the Riddle of the Sphinx

The Sphinx was a fearsome creature that was half lion and half woman. Her purpose was to guard the road two and from Thebes. People feared this creature not only because of her monstrous appearance, but because they feared what would happen if they got the riddle wrong. Her riddles tested travelers and only those who answered her riddle correctly could pass. She made it impossible for people to get to Thebes, until the day that Oedipus guessed the riddle correctly, which led to the Sphinx’s downfall.

Another legendary creature associated with Thebes was the Teumession Fox. This giant animal-like monster was tasked with the purpose of ravaging the city of Thebes. By this time, Thebes had achieved legendary status in that invaders had a very difficult time conquering it. It was protected in part by the Sphinx, bit it was also given legendary status for other reasons. That is, until the Teumessian Fox wreaked havoc.

Greek mythology is filled with many memorable monsters, but some are more intriguing than others. These stories are certainly interested to learn about!