Written by GreekBoston.com in Greek Mythology Comments Off on About the Myth of the Old Man of the Sea 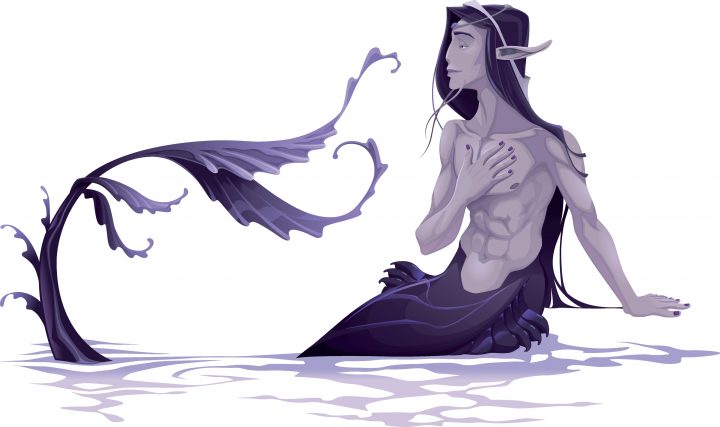 About the Old Man of the Sea

In Greek mythology, the Old Man of the Sea was a primordial figure that was made up of a number of sea deities including: Pontus, Nereus, Phorcys, and Nereus. Nereus was the son of Gaia and Pontus and the father of Nerites and Nereids. Nereus was a trustworthy god who did not lie. Eventually, Nereus was replaced by sea god Triton.

Proteus was the herdsman and master of sea animals and sea monsters. Pontus was a primordial diety who ruled on earth before the Olympians arrived. Phorcys was the son of Gaea and Pontus. Different descriptions of Phorcys describe him as a grey-haired merman with a fish tail, as having the characteristics of a crab with claws, or as he is commonly known holding a flaming torch. The Old Man of the Sea was thought to be the personification of the sea.

Father of a Sea Nymph

The Old Man of the Sea was the father of Thetis, a sea-nymph who was the mother of Achilles. Thetis was courted by both Poseidon and Zeus, neither of whom would marry her. She would marry Peleus, with whom she had her son. Thetis appears in Greek mythology not only as a sea-nymph, but also as a goddess of water, or one of 50 Nereids (daughters of the sea god Nereus).

Old Man of the Sea in Other Works

The Old Man of the Sea is also mentioned in the book-length poem by Edwin Arlington Robinson’s which is titled “King Jasper.” In the third part of this poem, King Jasper has a dream of his deceased friend named Hebron who was riding on his back. Hebron speaks a line that reads “You cannot fall yet, and I’m riding nicely. If only we might have the sight of water, we’d say that I’m the Old Man of the Sea, And you Sinbad the Sailor.”

The Old Man of the Sea is also mentioned in The Devil’s Code by John Sanford and in the novel Little Women.