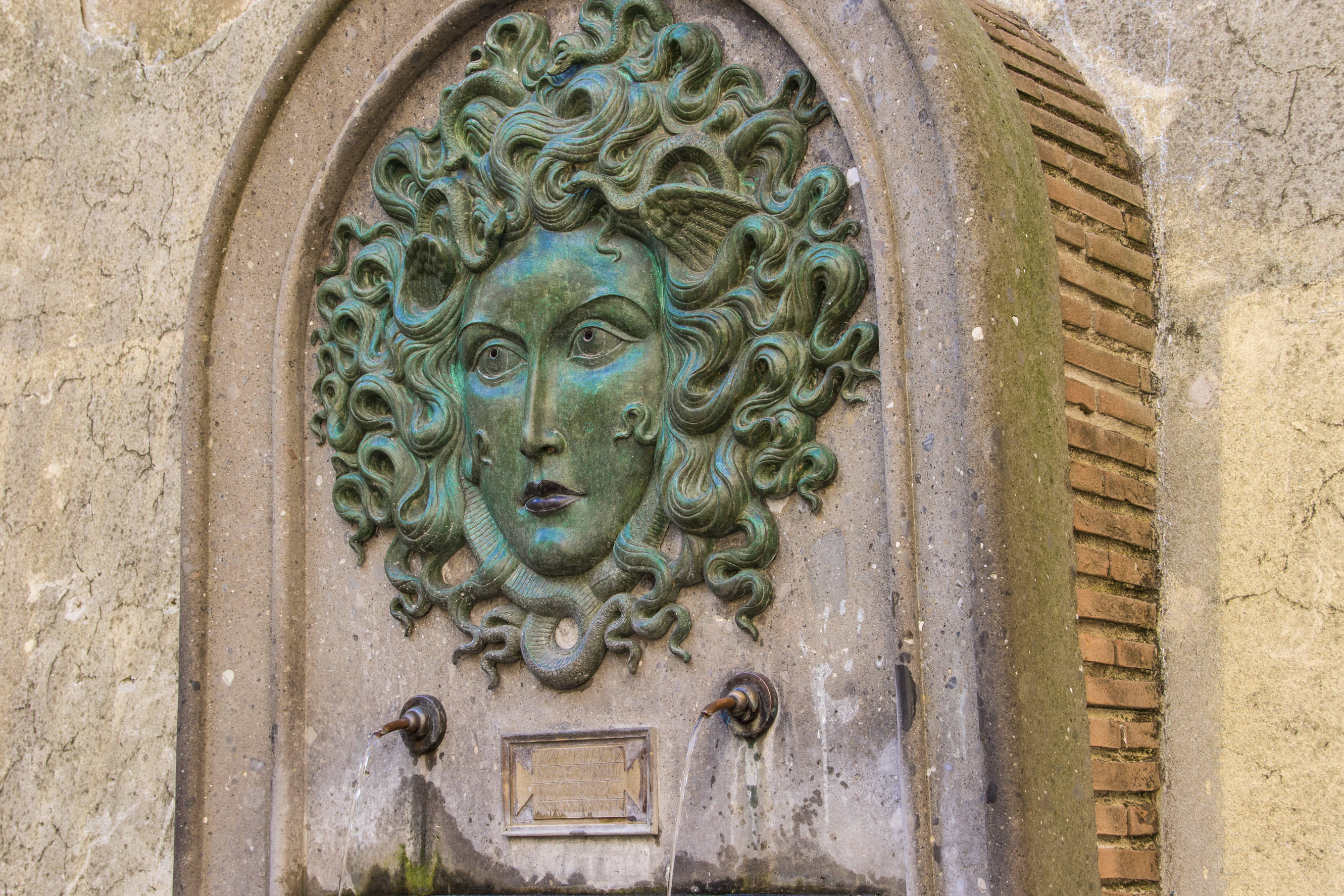 Medusa is one of the Gorgon Sisters in Greek mythology and is always depicted as being a monster. It has been said that her hair was made of venomous snakes and one glance into her eyes can turn anyone to stone.  The stories often depict her victims as frozen in place, preserved as stone sculptures for all eternity.In fact, by reading the stories it is obvious that the Ancient Greeks were frightened of her. However, she wasn’t always this way. Her story actually began before she became a monster. Here are the details of who Medusa was, how she became a monster, and information about her downfall.

According to the stories, there was a time when Medusa was considered to be one of the most beautiful women in Ancient Greece. Her beauty was legendary, and men continually flooded her with attention. During this time, she was also a priestess to the goddess of war, Athena. However, because she was a priestess, she wasn’t allowed to get married to any of her male suitors. She needed to remain unmarried in order to stay devoted to the goddess. Since Athena was depicted a virgin goddess, the same had to be true for her priestesses. The reason why her followers also needed to remain virginal is so they could pour all their energies into serving the goddess without worrying about their husbands and children.

Many of Medusa’s suitors remained content to simply admire her beauty from a distance. Since she had taken a vow to serve Athena, she was considered off limits to the men who pursued her. However, that all changed when she caught Poseidon’s eye. Instead of honor the fact that Medusa took a vow of chastity in service to Athena, Poseidon, the god of the sea, he rapes her. Now that she is rapes, she can no longer serve Athena. Worst still, she isn’t eligible to accept any of her suitors.

So how does Medusa become a monster? It happens shortly after Poseidon ravaged her. When Athena found out what had happened, she cursed Medusa. Her transformation began shortly after that. The myths depict her transformation into the monster as incredibly painful. She tore at her flesh and screamed while she was transformed into a beautiful maiden with smooth, youthful skin into a monster whose flesh became cracked and withered. Her hair, which was once smooth and silky, is transformed into poisonous snakes. To make matters worse, all who gaze at Medusa would be forever turned into stone.

After her transformation was complete, Medusa was further cursed to spend the rest of her days in isolation. Athena banished her to a remote island where she would no longer have contact with the outside world. Her tale doesn’t end with her banishment, however. Now, men no longer sought her out because they wanted to bask in her beauty. They pursued her for a different purpose – to kill her.