Written by GreekBoston.com in Greek Mythology Comments Off on Clio – Muse of History 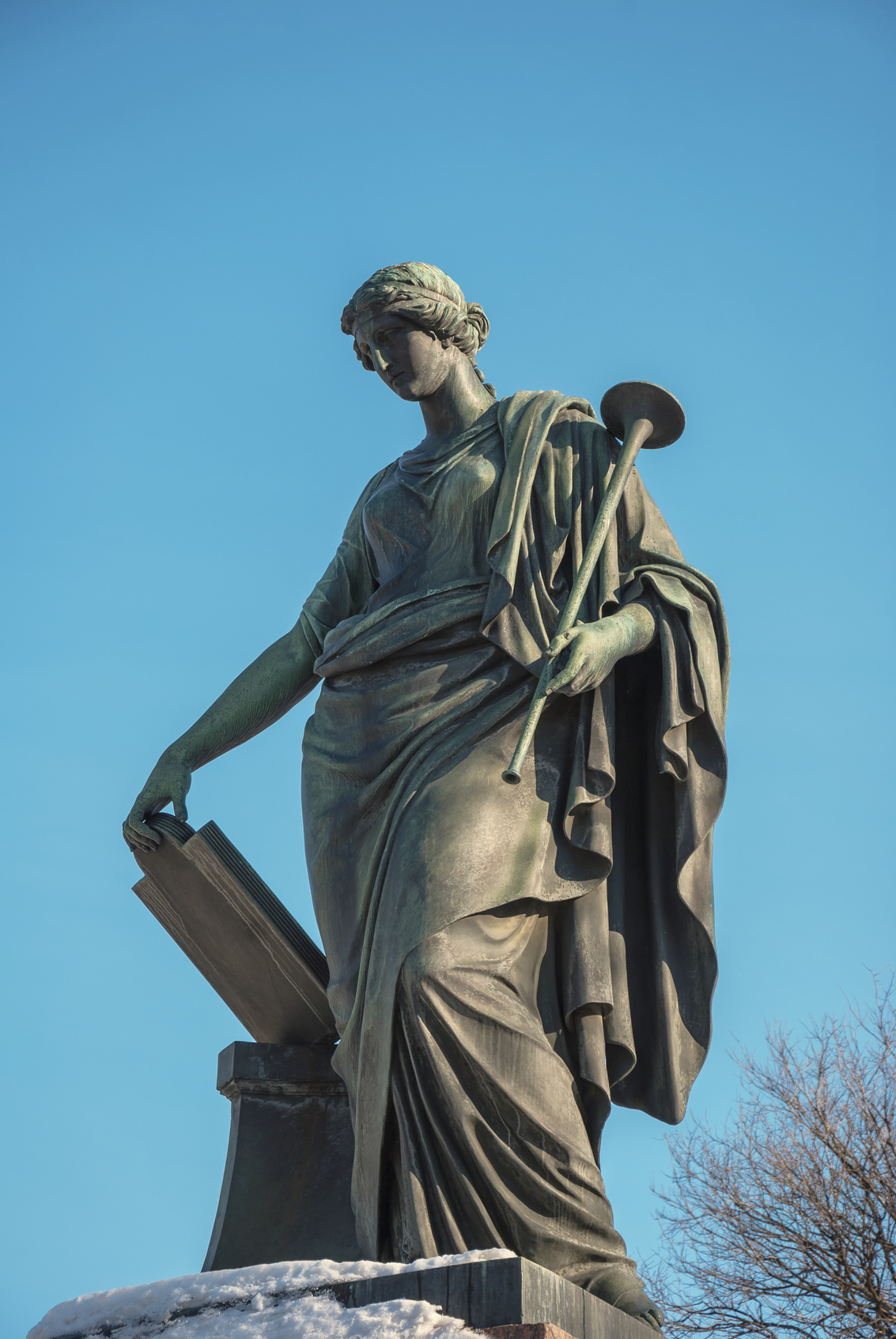 In the Greek mythological tradition, there are a total of nine muses and each one of them has her own purpose. However, like many of the ancient myths, there are some different accounts about who Clio was and what she was most known for. Here’s more information about this muse, where she came from, and what her function was:

The role that Clio was the most known for is that she was the muse of history. She was history’s patron and was said to not only inspire the retelling of these factual accounts, but the stories themselves. However, there also might be more to her than that. In some traditions, she is also the muse who is in charge of the music associated with the lyre. In most of the likenesses of her, she is shown playing the lyre, regardless of whether or not she is actually the muse of this instrument.

Where Clio Came From

Each of the nine muses is a daughter of Zeus, the king of the gods, and the Titaness, Mnemosyne. Zeus is well known for having many children, mothered by people other than his wife, Hera. Zeus and Mnemosyne, a Titan, and an affair and the end result is that Mnemosyne gave birth to all nine of the muses. He slept with Mnemosyne for nine days in a row and the end result is that she became pregnant with all nine of the muses at once. All nine of the muses lived together in one place, but the location changes depending on who’s account it is. Some have the muses living at Mount Parnassos, while other say Mount Helicon or even near Mount Olympus.

One of the famous stories associated with Clio is that she once reprimanded Aphrodite for her love of the young mortal, Adonis. Accounts of the story of how Aphrodite came to love him say that she was pierced by Eros’s arrow and fell immediately in love with him. Clio somehow believed that Aphrodite’s crush was unreasonable, so she made the mistake of telling the goddess. This didn’t please Aphrodite so as punishment, she cursed Clio to fall in love with Pierus, who at the time was the King of Macedonia. There is some debate over who resulted in the union but some accounts say that Hyancanthus, a beautiful youth, may have been their son.

Other Stories About Clio

When learning about the different creatures and stories in Greek mythology, it is important to understand that everyone may tell it differently.