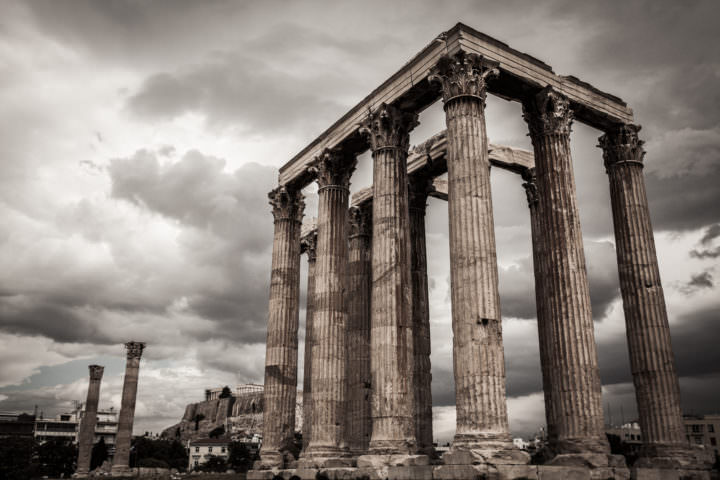 The concept of the oracle was an important part of Greek mythology and to the life of the Ancient Greeks themselves. They were believed to be divine agents of wisdom and people would journey to where they lived in order to worship them and to gain insights and wisdom. The oracles are also found in several Greek myths, and heroes from all over the ancient world would journey to them in order to worship them and speak with them.

Most of us know all about the Oracle of Delphi because she was considered the most prominent and important of the oracles of Greek mythology. However, there was another oracle named Dodonian Zeus, who was worshipped in Dodona in ancient Epirus. Although not as prominent as the Oracle of Delphi, Dodonian Zeus was also revered. Here’s more information:

The Ancient Site of Dodona

The ancient site of Dodona was created to not only honor Zeus, the king of the gods, but to also honor the oracle who lived there. Here name was Dione and it is believed that she was one of the Titans, or the original gods. It is believed that Dione was also the oldest oracle in all of Ancient Greece and her cult was present before the Oracle of Delphi even came into the picture. However, there is also evidence that Zeus was worshipped here, as well. It is possible that the oracle predated any worship of Zeus since the site is so old and that Zeus became part of Dodona long after Dione had been established there.

To understand who Dione was in Greek mythology, it helps to look at the origin of her name. In Ancient Greek, the world for “Zeus” is actually “Dios.” Thus, the word “Dione” is actually a feminine form of the name for Zeus. Dione and Zeus were always associated together, but there is some debate as to how the two are linked. Some sources indicated that she was the feminine form of Zeus and others maintain that she was one of Zeus’s consorts. We do know that worship of Zeus and Dione often happened in the same locations. For example, she was often worshipped in temples that were dedicated to Zeus. At the site of Dodona, she was also considered to be an oracle who was associated with Zeus.

However, Dione’s identity is somewhat under debate. As mentioned above, there are some sources that show her as the female version of Zeus. In others, she is listed as one of Zeus’s consorts. In the versions where she is Zeus’s consort, she is listed as Aphrodite’s mother and not Hera, with Zeus being the father. Some sources list Dione as one of Oceanus’s daughters, which is why she is often listed as one of the Oceanids and some sources even still say that she is the daughter of Dionysius. The only thing we really know for sure is that she was the sole oracle at the site of Dodona in Epirus.