Written by GreekBoston.com in Ancient Greek History Comments Off on Siege of Melos – Conflict of the Peloponnesian War 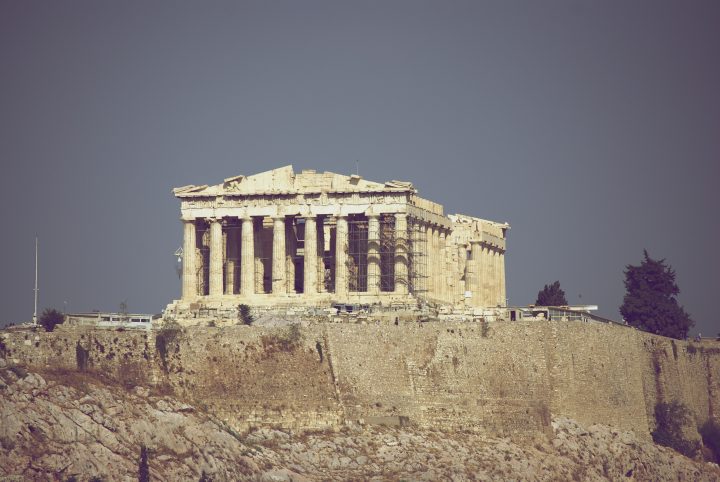 One of the most important engagements of the Peloponnesian War was the Siege of Melos in 416 BC. Melos was a strategic island and both Athens and Sparta desired it. Here’s more information:

In analyzing the Siege of Melos, one must understand the military situation prior to the engagement. In 416 BC, Athens and its allies, the Delian League, controlled all of the Aegean Sea with the exception of the island of Melos. The Delian League was able to accomplish this through their strong navy, which encompassed countless triremes. Although ethnically close to Sparta, Melos declared neutrality in the Peloponnesian War and did not join the Peloponnesian League, which was controlled by the Spartans.

In an effort to gain total control of the Aegean, Athens repeatedly demanded tribute from the Melian government. When the rulers of the island refused to bend to Athenian demands, the Athenian military launched an invasion of the island.

Cleomedes and Tisias immediately sent envoys to the Melian capital to negotiate terms of surrender. Among the key terms stressed by the invaders were Melos joining the Delian League and paying tribute to Athens. Despite warnings that if they refused to bend to Athenian demands their city would be destroyed, the Melians rejected an alliance with Athens.

After hearing the Melian response, Cleomedes and Tisias ordered their troops to besiege the island’s capital. Although fighting valiantly, Melos was no match for the superior Athenian force. With the help of several Melian traitors and a group of reinforcements led by Philocrates, Athens forced Melos to surrender in the winter of 416 BC. The Athenians made good on their promise to destroy Melos, killing all of the island’s adult men and selling the women and children into slavery. Later on, Athens established a colony on Melos with 500 settlers.

One of the most important pieces of historical analysis on the Siege of Melos is known as the Melian Dialogue. Written by the historian Thucydides as part of his History of the Peloponnesian War, the Melian Dialogue is a dramatic retelling of the negotiations between Athens and Melos prior to the siege. The work is famous as it shows that Athens did not have a moral justification for invading Melos.

In the exchanges between Athenian and Melian negotiators, the representatives of Athens argue that their invasion of the island is justified as they are the stronger power and, thus, it is their right to subjugate the weaker Melians. Later historians also note that Athens chose to invade Melos as a warning to other islands in the Aegean that might choose to rebel against Athenian rule.

In the end, the Siege of Melos is an important engagement in the Peloponnesian War. Not only does it demonstrate the superiority of the Athenian fleet, it also shows how far Athens would go to protect their political interests in the Aegean Sea from Spartan influence.