Written by GreekBoston.com in Ancient Greek History Comments Off on All About Archimedes 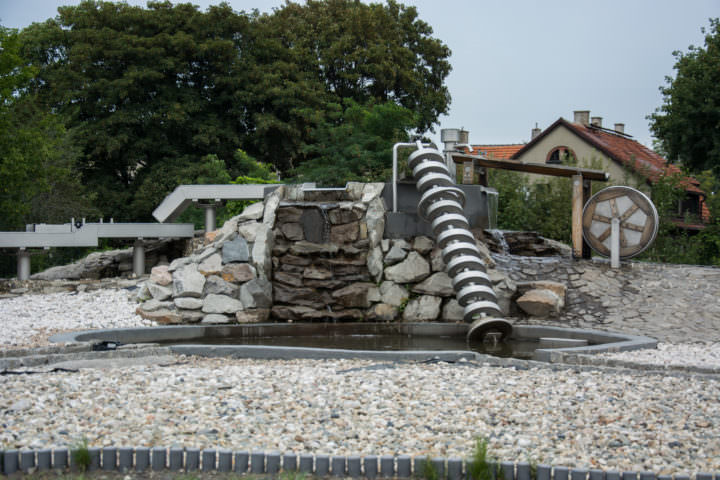 Before Rome rose to become a great empire, classical Greek civilization dominated the ancient Mediterranean region. Most people know of Greece as the birthplace of democracy, but you find much more when you look at Greek history. This culture produced many brilliant minds like Aristotle and Euclid. Their ideas are so fundamental that they continue to influence scientists today. Archimedes of Syracuse ranks as one of the greatest of these classical thinkers. Some scholars consider him the finest mathematician of antiquity. Some of his inventions are still in use after more than 2,000 years. Here’s more information about him:

There is only limited surviving information about the life of Archimedes. He was probably born in 287 BCE in Syracuse, Sicily. Syracuse began as a Greek colony, but was an independent city-state until Rome conquered it during the Punic Wars. Archimedes was the son of the astronomer Phidias. He was related to Hiero II, king of Syracuse. No record survives to tell us if Archimedes was ever married or had children.

Archimedes lived most of his life in the early years of the Punic Wars. During these three conflicts, Rome conquered much of the territory around the Mediterranean Sea, including Syracuse. Archimedes died in 212 BCE during the Second Punic War when Rome invaded. Despite orders from Roman general Claudius Marcellus to take Archimedes alive, he was killed by a Roman soldier.

The Mathematics of Archimedes

Archimedes was first and foremost a mathematician and scientist. He devised geometrical proofs of important theorems, including the area under a parabola and the surface area and volume of a sphere. He created a way to calculate the circumference of a circle. For this problem he developed a method of calculation for estimating values called the method of exhaustion. Another of Archimedes’ contributions is the method of infinitesimals. This computational tool foreshadowed calculus, which is the branch of mathematics developed by Isaac Newton 1,900 years later. Archimedes also explained the operation of the lever. He described this achievement by saying: “Give me a place to stand and I will move the Earth.”

Archimedes is credited with numerous engineering achievements. Perhaps the best known is his method for determining the volume of an irregularly-shaped object. According to surviving accounts, Hiero II commissioned a crown of pure gold, but he was suspicious of the goldsmith. The king asked Archimedes to ascertain if the crown was made of gold without damaging it. While bathing, Archimedes realized that when he entered or left the bath, the water level changed. This gave him the idea of immersing the crown and measuring the volume of water it displaced to see if it was the same as an equal weight of gold. Supposedly, Archimedes was so excited by his discovery that he ran through the streets of Syracuse naked, shouting: “Eureka,” or “I have found it.”

Among Archimedes’ inventions is the Archimedes Screw, which is still used today to pump water. He also devised a heat ray using mirrors and sunlight to burn attacking ships. It is unlikely we will ever know the full extent of Archimedes’ accomplishments, however. Many of his writings have been lost. Some of what we do know only came to light in 1906 with the chance discovery of a medieval copy of his work called the Archimedes Palinpsest.