Written by GreekBoston.com in Greek Mythology Comments Off on Get to Know the Homeric Hymns 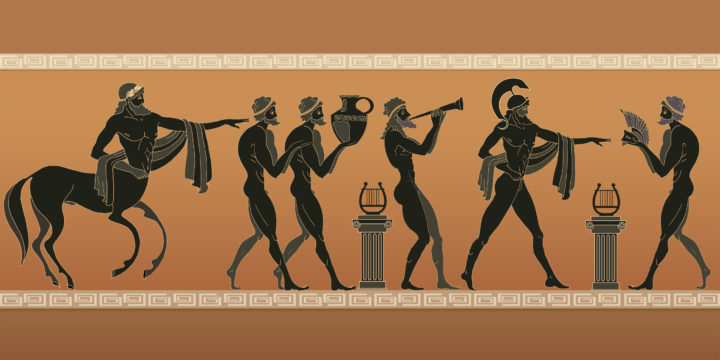 The stories of Greek Mythology have been around for thousands of years. They have changed multiple times over the centuries, and this is even evidenced in the multiple versions that can be found in the works of some Ancient Greek writers. Most of the stories that we know and tell today are often compiled from these multiple sources.

The Homeric Hymns are amongst those sources that have been used today to create many of the beloved stories that we know. Here’s more information about what this work is and how it pertains to Greek Mythology:

About the Homeric Hymns

The Homeric Hymns are actually a collection of poems. This poems aren’t actually credited to the poet, Homer. They are referred to as “Homeric” because they share the same style of poetry of Homer’s major works – the Iliad and the Odyssey. The poems are actually considered to be anonymous, but that could also mean that the name of the poet of origin has simply been forgotten over time.

The poems cover many of the familiar characters that we know in Greek Mythology. There are thirty-four known hymns in existence the have been found. While many of the individual texts come to us in fragments because the materials that were used to hold the writings have not survived the centuries, they still offer substantial insight into these stories and the beliefs that the Ancient Greek people held associated with them.

Poetic Form of the Homeric Hymns

The Homeric Hymns are called “Homeric” in large part because they work in the same poetic style as Homer’s epics. Scholars do not believe the works are his; their understood dates of composition range too broadly to be ascribed to any single author, spanning some centuries and ranging from a century after Homer up into Roman times. This stylerelies on lines of dactylic hexameter. The hymns all strive for lines containing six metrical units, known as the “hexameter”, in which each unit is a long or stressed syllable followed by two short or unstressed syllables, known as the “dactylic”. Note that both “syllable” and “dactylic” are both examples of dactyls.

Most of the poems concern themselves with invoking the favor of the gods they honor; one, for example, calls upon the Goddess of Love to grant victory in a contest. Several take on more narrative qualities, telling stories from the gods’ lives. One, for example, relates the sun-god Apollo’s birth. Another treats Demeter’s sorrow at her daughter Persephone’s sojourns in the underworld with Hades. Yet another describes the abortive capture of Dionysius, God of Wine, by pirates. Many of the stories are taken up by later authors and given to children, so the Hymns are, in the end, quite influential.

The Homeric Hymns may not be the most expansive pieces–many of them are short, after all, and even the longer ones are dwarfed by such works as The Iliad and The Odyssey. They may not be the most familiar, either. Neither of those things mean they are not important, however. The Hymns do much to fill in the gaps left by the incomplete cycle of the epics and to show how people thought about the world around them in Classical antiquity. Seeing how they thought and felt can help us, who borrow from them, to understand our own thoughts and feelings just a little bit better.