Written by GreekBoston.com in Modern Greek History Comments Off on Axis Occupation in Greece During World War II 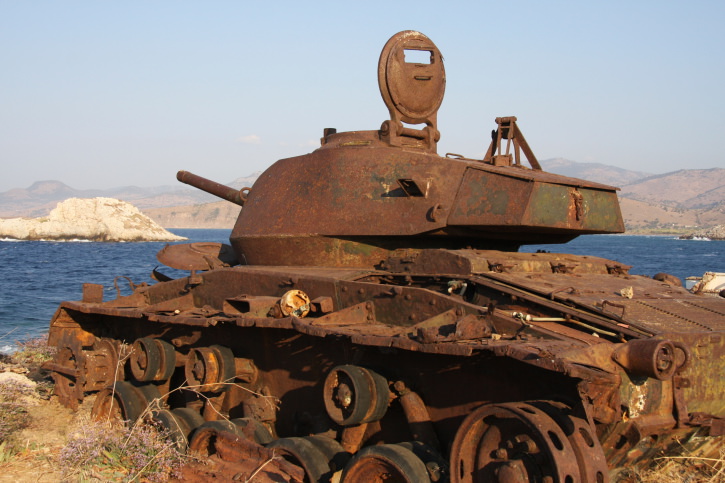 During World War II, the Axis Powers successfully occupied Greece in April of 1941 after Greek soldiers put forth a valiant effort to prevent this from happening. Here are some more details concerning the history of foreign occupation in Greece.

The Axis Powers eventual occupation of Greece actually had its beginnings in the Greco-Italian War, which took place from October 28, 1940 to April 23, 1941. Outmaneuvered by the Greeks, the Italians nearly lost the war. In fact, the Greeks won the first battle on October of 1940. On April 6, 1941, Nazi Germany intervened, which led to the Greek’s defeat on April 23. Mussolini essentially attacked Greece without Hitler’s knowledge, a move that caused strife within the Axis.

Though it may seem as if Greece failed by allowing the Axis to occupy them until the end of the war, in many ways, this timeline was important to the Allies as a whole. When the Greeks won the first battle in the Greco-Italian War in 1940, this was actually the first Allied victory against the Axis. The courage of the Greek soldiers inspired other Allied countries to fight, which eventually led to the Axis Powers’ defeat in the war as a whole.

The Axis Powers occupied Greece after Greece lost the Greco-Italian War. Though the war only lasted for six months, it led to a severe depletion in resources and the Greek economy suffered. As a result, the Greeks were essential powerless against this triple occupation. The Germans, Italians, and Bulgarians all occupied Greece for much of World War II. In 1944, the Germans freed Greece after the Axis lost the war. However, many troops remained in the country until 1945.

Though the Greco-Italian War depleted much of Greece’s resources, their fighting spirit still remained. The first official act of resistance took place on May 31, 1941, a little over a month after the conclusion of the Greco-Italian War. On the evening of May 31, two students climbed the Acropolis and tore down the Nazi banner. Though this was a fairly peaceful revolt, the symbolism endured. The Axis was not a welcomed presence in Greece.

During occupation, many other resistance movements occurred; some were peaceful and others were violent. There is some debate as to whether it actually made a difference. One thing is certain, though. The fighting spirit of the Greek people showed the Allies that Germany, which had a strong military, could actually be defeated.