Written by GreekBoston.com in Ancient Greek History Comments Off on Peisistratos – the Popular Tyrant of Ancient Athens 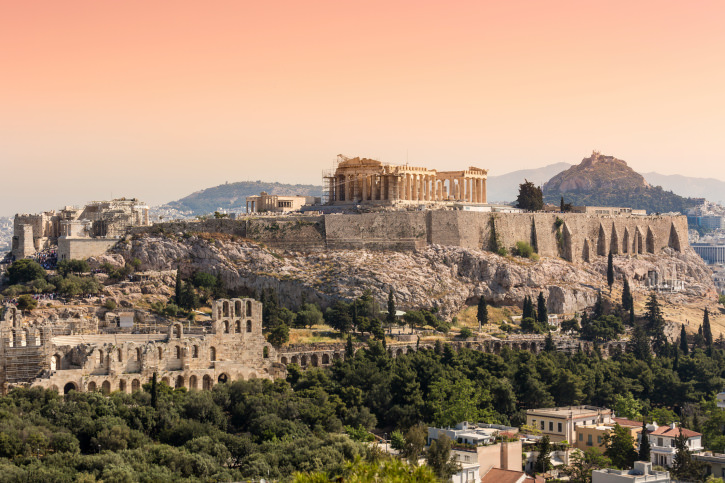 Although Ancient Athens is known for having been the birthplace of a true democracy, it wasn’t always this way. Democracy grew out of a political discontent in the city against the elite nobles who represented the ruling class. The rest of the citizens of the city-state were considered mere surfs with very few rights. This is something that the Athenians had tolerated for some time, but the city had reached a boiling point. The could no longer stand it. The answer was to revolt against the ruling upper class.

However, before the revolt, Athens was ruled by a Tyrant. Here’s more information about Peisistratos:

Prior to the ultimate revolution that caused the citizens of Athens to invent a new political system, Athens had been ruled by a tyrant – Peisistratos, who was actually the brother-in-law of Cleisthenes, the Athenian politician who helped facilitate Athens’ new political reforms. They were both descended from Solon, one of the infamous rulers of Athens. However, in this case, Peisistratos didn’t impose his tyrannical rule on the people violently – he was actually a highly popular ruler who helped Athens thrive economically. However, even he wasn’t enough to save the old political system. The revolt still happened.

Unlike some tyrants throughout history, Peisistratos didn’t seize his power violently. Instead, according to the Ancient Greek historian Herodotus, he tricked the Athenian people to convince them that he was their ideal ruler. In the middle of the 6th Century B.C., Peisistratos decided to seize all the power in Athens for himself. To do this, he rode into town with a tall, young girl, claiming that she was the goddess Athena, the patron goddess of Athens.

His claim was that Athena endorsed him as their sole ruler and that he brought her to prove it. Rather than treat this visitor with skepticism, they believed his story and initially embraced him as their ruler. The girl actually wasn’t the goddess Athena, she was merely a girl who was raised in a nearby village. She merely posed as the goddess in order to help Peisistratos seize control of Athens. Whether or not the Athenians knew who the girl actually was is unclear.

It is important to note that this actually wasn’t his first attempt at becoming the tyrannical ruler of Athens. He had two other attempts, but none were successful until this third one.

Once Peisastratos took control of the power of Athens, his next goal was to insure that all of his heirs would be given sole power. To do this, he appealed to the people of Athens to give him and his heirs the right to rule. Prior to Peisistratos taking control, there had been an established ruling class, and by appealing to the people, he ultimately ignored the ruling nobles. In order to appeal to the working class, he reduced their taxes and gave them free loans in order to help them build up their farms.

His goal was to turn his people into his allies. With the people on his side, he also strengthened the prosperity of the city as a whole. The people began to grow more grapes, which could be turned into wine, and raise more olives, which were then pressed into olive oil. The olives produced in and around Athens were considered to be amongst the best in Greece. They engaged in trade not only with other Greek city-states, but in other far away places such as Egypt, Persia and Assyria.

As you can see, Peisistratos didn’t have the reputation of being an oppressive tyrant. In fact, he had the popular support of the people of Athens. Under his leadership, the city began to thrive economically. It is important to understand that he isn’t called a “tyrant” by our modern definition, which indicates that the ruler needs to be oppressive and often violent.