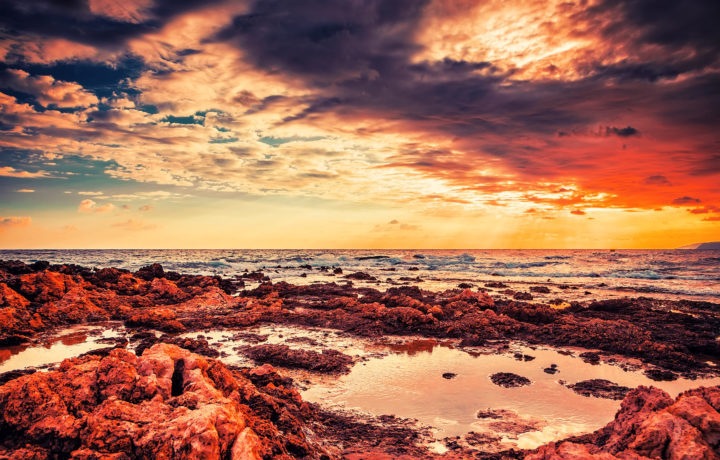 Lethe was one of the five rivers in the underworld in Greek mythology. The other four were Acheron, Cocytus, Phlegethon, and Styx. Lethe was also sometimes called the “Ameles potamos” or “river of unmindfulness.” The river’s name comes from the ancient Greek word for “oblivion” or “forgetfulness,” and drinking from its waters induced total forgetfulness.

All About Lethe – River and Goddess

Lethe was sometimes described as being located in a dreary and barren plain with the same name. The river was often described as being near the Elysian Fields, where the most virtuous and heroic souls spent their afterlife. These souls would drink from the river Lethe in order to forget their previous existence. Other writers maintained that all of the souls had to drink from the river Lethe.

Some mystery religions held that the underworld had a sixth river called the Mnemosyne that enabled the dead to retain their memories and even gain omniscience. Followers of these religions believed that the dead would be allowed to choose which river to drink from, and they advised people to drink from the Mnemosyne.

Lethe was also described as flowing around a cave where Hypnos, the god of sleep, lived. The river made a characteristic murmuring sound that made listeners feel drowsy.

Lethe was also the name of a goddess who overlooked the Lethe River. Some sources actually describe the goddess as the personification of oblivion and forgetfulness. In his “Theogony,” Hesiod (circa 700 BC) described Lethe as a daughter of Eris, the goddess of discord. Lethe had countless siblings including Ponos (Hardship), Dysnomia (Lawlessness), Horkos (Oath), and Limos (Starvation).

Trophonius was the center of a cult that had an oracle at Lebadaea (present-day Livadeia). Consulting his oracle involved a days-long ritual that included bathing in a river called Herkyna and sacrificing animals to a series of gods. The person consulting the oracle would then drink from both the Lethe and the Mnemosyne and go down into a cave.

The waters of Lethe would cause the visitor to forget whatever they had been thinking about, while the waters of Mnemosyne ensured they would remember their sojourn in the cave. After returning to the surface, they would sit on a chair consecrated to Mnemosyne where a priest of the oracle wrote down everything they said and composed them into an oracle.

Get to Know the Myth of Er

The Myth of Er is a legend that Plato (428 – 348 BC) recounted at the end of his “Republic.” Er was a soldier who is believed to have been slain. He does visit the underworld but then returns to life in order to warn people about what the afterlife has in store for them. He describes an afterlife where the good are rewarded while the wicked are punished.

The Myth of Er also describes the process of reincarnation. The souls eligible for reincarnation could choose a new life, and their choices reflected the state of their soul. A person disenchanted with the human condition might choose to be reincarnated as an animal. People could also return as the opposite gender or in a different social or financial status. Regardless of their choices, everybody had to drink from the river Lethe before being reborn.

Lethe is a setting with an interesting and unusual concept, especially since there is a goddess associated with it. It is, however, largely treated as a feature of the underworld.