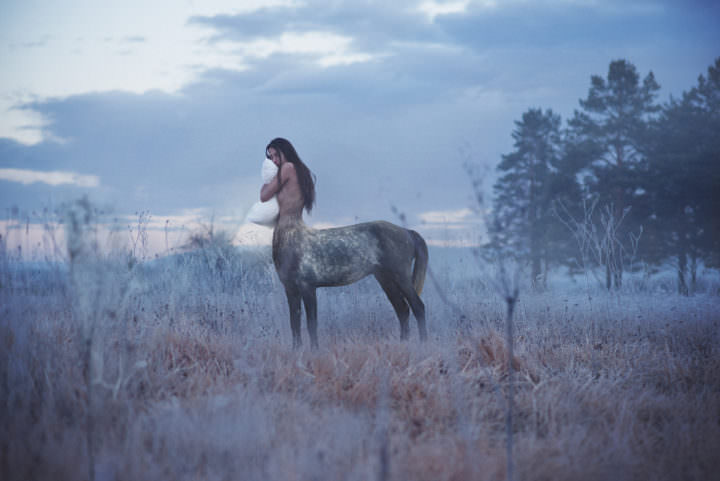 Among the most fascinating creatures to be spun out of ancient Greek mythology are the centaurs. These half-man, half-horse beasts have captured the imagination and fascination of people for thousands of years. A centaur has the body of a horse and the upper torso of a man.

Among the most famous centaur to emerge from Greek legend is Nessus. He would play a key role in the death of one of Greece’s greatest heroes – the mighty demigod, Heracles, later called Hercules by the Romans. Here’s more information about him:

Nessus was the son of Centaurus, the father of the centaur race. Centaurus himself was not a centaur, but an unfortunate human child who had been born with a terrible birth defect. His deranged appearance made him a pariah among his people, so he roamed far and opted to live in the remote highlands of Mt. Pelion. For companionship, Centaurus befriended wild Magnesian mares and eventually began to mate with them. One of his children was Nessus.

Battle of the Lapiths

Nessus would participate in the battle of the Lapiths. The Lapiths were a separate race of half-man, half-horse creatures. Their lineage was produced by the god Apollo after he mated with Stilbe, a beautiful river nymph. The centaurs and the Lapiths would eventually become enemies thanks to an event stemming from a drunken brawl at the wedding of King Pirithous and Hippodameia.

The Lapiths defeated the centaurs. Nessus survived the conflict, however, and went on to take on other roles in life. He eventually found a job as a ferry operator on the Euenos River. This is where he would meet his fate.

It all began when Nessus carried an exquisitely lovely woman by the name of Deianeira across the river on his ferry. Deianeira was so attractive that Nessus became infatuated with her. After she stepped off the ferry on the other side of the river, Nessus attempted to force himself upon her.

Unfortunately for Nessus, the husband of Deianeira saw what was happening from the far side of the river. Worse for Nessus, Deianeira’s husband was none other than Hercules. The mighty warrior promptly took out a bow, dipped an arrow’s tip in poison and took a shot at Nessus from across the river. He struck the centaur directly in the chest.

As Nessus lay dying, he plotted an act of final revenge. He told Deianeira that his blood would provide a magic protection against the possibility that Hercules would ever be unfaithful to her. Thus, she collected some of his blood and kept it just in case.

Later, Deianeira had reason to suspect that Hercules would cheat on her when he attended a gathering of his fellow heroes. To prevent this, she spread some of Nessus’ blood on the tunic Hercules would wear to the party. When the skin of Hercules came into contact with the blood, it poisoned him and began to burn him alive. It resulted in his death. Thus, Nessus gained lasting fame as the man-beast who killed one of Greek’s greatest heroes.