The Significance of Koliva in the Greek Orthodox Church 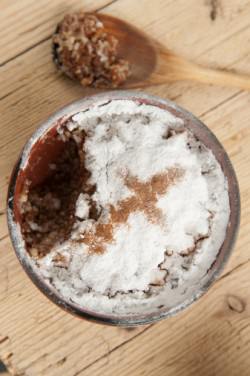 Koliva is boiled wheat with (depending on the recipe) a combination of some or all of the following ingredients:  powdered sugar, almonds, ground walnuts, sesame seeds, cinnamon, pomegranate seeds, raisins, anise, parsley and more.  Koliva is made for memorials, typically on Saturdays of the Souls, and according to different traditions, the day of a Funeral, the 40th day after death, 3rd month, 6th month, 9th month, annually, and even sometimes just on “big” anniversaries only, such as 5 years, 10 years, etc.  Though I have never seen the funeral day Koliva, I have heard that it has no sweetness added, so it is very bitter, somewhat fitting for the funeral, and then sweetness is added beginning with the 40th day.

In John’s Gospel we find this quote, “Christ said, ‘Unless a wheat grain falls into the earth and dies, it remains alone; but if it dies, it bears much fruit.’” (John 12:24)  As Orthodox Christians we are awaiting the 2nd Coming and the General Resurrection of the dead, through Christ we have Life!  But, remembering the memory of our deceased beloved ones is an opportunity to pray for the souls of the departed as well as a way to help us heal from the death.

Koliva is an important part for the beginning of Lent.  The first Saturday of Lent and the previous two Saturdays leading up to it are called the Saturdays of the Souls.  Saturday, year round, is a remembrance of the dead, but these particular Saturdays the remembrance is intensified.  According to tradition, Koliva is connected to Lent because of a miracle from St. Theodore the Tyro.  In the 4th Century AD, Emperor Julian the Apostate knew that Christians would be hungry after the first week of strict fasting, which would make them go to the markets in Constantinople to buy food.  Emperor Julian ordered blood from pagan sacrifices to be sprinkled on the food that was sold there, trying to force the Christians to paganism.  St. Theodore the Tyro, who had died in the early 300’s, appeared to the Patriarch of Constantinople, Eudoxios, in a dream, telling him that Christians should just boil wheat from their homes and sweeten it with honey, to avoid the polluted foods at the market.

Much like prosforo, a few people nowadays only make koliva, typically older ladies who typically ask for some sort of payment for their services.  While this is not necessarily a bad thing, how much better would it be for the family members of the deceased to take time out of their busy life to not only prepare the koliva, but to offer their time in a prayerful manner to their beloved?  The process of boiling the wheat takes a long time, as well as drying the wheat after it is boiled to the right doneness, so making koliva is not something that is quick and painless, but rather takes your time and attention.  I urge families to try to make their own koliva for the next family memorial and to remember and pray for the ones for whom the koliva is being prepared. 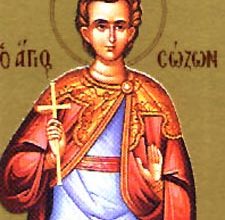