Written by GreekBoston.com in Greek Orthodox Religious Information Comments Off on Why Do Orthodox Christians Say the Creed? 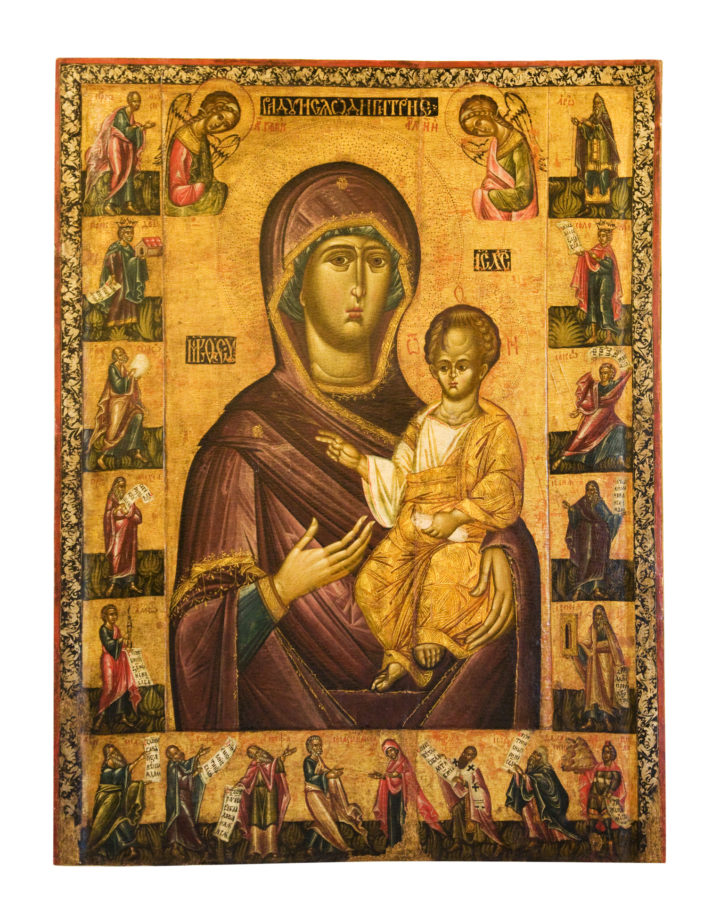 When the Orthodox Christian Church was fairly new, it was especially vulnerable to misconceptions and heresies. Even though some issues do still exist today, the church was set up to help prevent them from taking root.

One of the best lines of defense we have against both of these ideas is the Nicene Creed. For Greek Orthodox Christians, the Creed is a concise statement of faith that keeps them focused on what is really important. Here’s more information about it:

How is “Creed” Defined?

According to Webster’s Dictionary, a creed is “a statement of the basics of belief or religion.” It comes from the Latin word credo, which actually means, “I believe.” This is the basic intent behind the creed that we recite every week at church. It’s both a basic summary and a declaration of our Christian beliefs. So, when someone asks what our beliefs are, we can simply recite the Nicene Creed because it has everything we believe concisely summarized within it.

Nicene Creed Began as a Defense Against Heresies

The Nicene Creed was developed at the Council of Nicea in 325. Their sole purpose was to help Orthodox Christians deal with the various heresies that were common during that time period. The version that we recite today, however, came about through an amendment that was written in Constantinople in 381.Though there are always people who have the wrong idea about what Orthodox Christianity is; it was an especially common occurrence in the early days of the church. The creed was developed to help give Christians a solid voice.

What Was the Heresy of Arianism?

Though the Nicene Creed is fairly short, it is far from basic. Each line of the creed is rich in meaning. However, it is written in a simple enough way for everyone to understand. The creed states that we:

What is the Nicene Creed?

Here’s a look at the wording of the Nicene Creed. Keep in mind that versions may differ slightly depending on the church. If you have any questions, please ask an Orthodox Christian priest to get the right version for your church.

English Version of the Nicene Creed:

I believe in one God, the Father Almighty, Maker of heaven and earth, and of all things visible and invisible;

And in one Lord Jesus Christ, the Son of God, the Only-begotten, Begotten of the Father before all ages, Light of Light, Very God of Very God, Begotten, not made; of one essence with the Father; by whom all things were made:

Who for us men and for our salvation came down from heaven, and was incarnate of the Holy Spirit and the Virgin Mary, and was made man;

And was crucified also for us under Pontius Pilate, and suffered and was buried;

On the third day He rose again, according to the Scriptures;

He ascended into heaven, and sits at the right hand of the Father;

And He shall come again with glory to judge the living and the dead, Whose kingdom shall have no end.

And I believe in the Holy Spirit, the Lord, and Giver of Life, Who proceeds from the Father, Who with the Father and the Son together is worshipped and glorified, Who spoke by the Prophets;

I believe in one, holy, catholic, and apostolic Church.

I acknowledge one Baptism for the remission of sins.

I look for the Resurrection of the dead,

And the Life of the age to come. Amen.

Greek Version of the Nicene Creed (If you need help with the Greek, please ask a Greek Orthodox Priest or qualified Greek language teacher):

Those are just a few of the things that are outlined in the Nicene Creed. For a more detailed explanation of the creed, you may want to ask your priest to explain it to you line-by-line. Actually understanding what you’re saying makes it even more powerful! 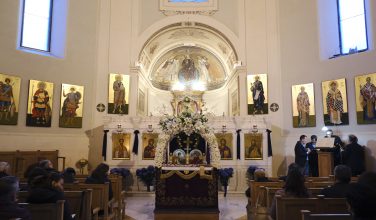