Written by GreekBoston.com in About Thessaloniki, Greece, Greek Travel Guide Comments Off on Upper Town or Ano Poli: Historical Thessaloniki 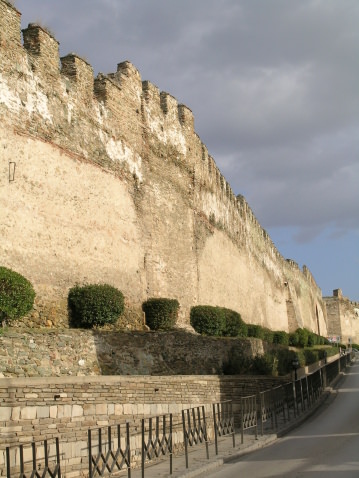 A fire that broke out in 1917 spread quickly throughout the city of Thessaloniki and destroyed about two-thirds of the city. Due to the Great Thessaloniki Fire of 1917, tourists who travel to the city are met with more modern architecture as the city had to completely rebuild. However, one area of Thessaloniki remained completely unscathed by the fire. This area is known as Ano Poli (Upper Town in English) and today is home to the historical portion of the city. Walking through the Upper Town will give visitors a sense of Thessaloniki’s Byzantine past, in contrast with the modernized city center.

The Upper Town preserves Thessaloniki’s Ottoman-era attributes including small stone-paved streets, old city squares, and houses built in traditional Greek and Ottoman fashion. Besides taking a look at the old-world architecture, those who travel to the Upper Town are treated to views of Mount Olympus from across the gulf (on a clear day of course).

Here are a few points of interest in Thessaloniki’s Upper Town, Ano Poli:

While “Acropolis” may bring to mind the Acropolis in Athens, Thessaloniki has its own Acropolis that can be found at the highest point of the city (which just also happens to be located in Upper Town). The Thessaloniki Acropolis features two large gates (called “Portaras”) that lead inside the Acropolis. The structure was used as a second line of defense should the city come under siege.

Just to the edge of the Acropolis is the Tower of Trigonio (Triangle Tower). The tower was erected where the Eastern Walls of the city begin as a way to strengthen the walls by functioning as a fortress. Climbing to the top of the tower offers fantastic views of not only the city of Thessaloniki but the bay area as well.

Built as a Byzantine fortress, the Heptapygrion served as a prison from the end of the 1800s to 1988. Now the structure (which in English means The Seven Towers) hosts a small museum documenting the building’s history. Visitors can view inscriptions from the Ottoman Empire that were etched into the brick of the building.

Known as the Blessed David, this church was built in roughly 500 AD in honor of Galerius’s daughter. Galerius was a Roman Emperor who opposed Christianity. According to legend, the church honored his daughter Theodora who converted to Christianity secretly and hid a tiny Christian shrine in the area. Inside there is a beautiful mosaic in the dome of the apse, which depicts a rare beardless Jesus with a halo and is surrounded by four symbols of the Evangelists. The mosaic was hidden under a layer of calfskin during the 8th and 9th centuries to protect against destruction and was forgotten until 1921.

Completed in 1028, the Panagia Chalkeon is one of the oldest churches in the city to display the domed cruciform style. Chalkeon is derived from the word copper as the church is in the traditional copper-working area of Thessaloniki. Inside the church is filled with ceramic ornaments and mosaics. Those who visit the area will see artisans and workers stop by and the area surrounding the church has shops that sell traditional copper crafts. 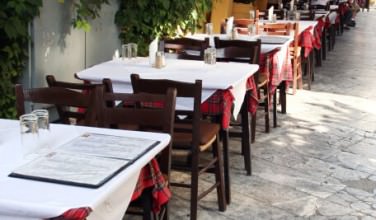 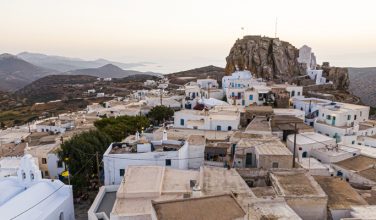 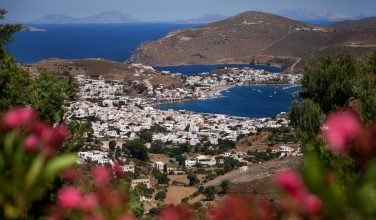 Top Museums to Visit on Patmos