Written by GreekBoston.com in About Corfu Greece, Greek Travel Guide Comments Off on Spend Time at Kaiser Bridge in Corfu 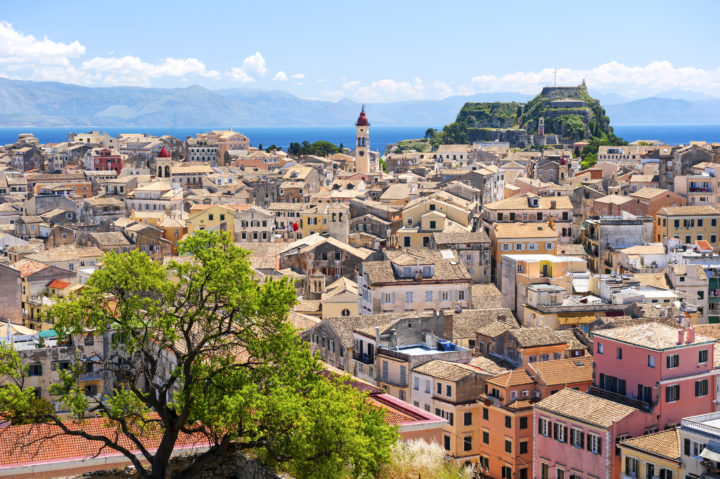 The island of Corfu is located off Greece’s northwest coast in the Ionian Sea. The island is a natural beauty with its mountains, turquoise and emerald waters, long beaches, lakes, and rivers. Corfu, Greece is also home to the Kaiser Bridge. Here’s what you should know about the Kaiser Bridge.

Without the bridge, he would have had to travel the main road of the island. Kaiser Bridge was arch-shaped and went over the road. The bridge is considered an architectural masterpiece. The bridge was named by the locals after its owner.

During the Second World War, the middle section of the bridge, which went over the main road, was destroyed to allow vehicles, mainly a large cannon, to pass through without any trouble. Today, the bridge remains only a part of its former self, but it is still a fascinating piece of Corfu history.

You can still see and walk on the end part of Kaiser Bridge that leads to the beach. The beach at the end of Kaiser Bridge in Corfu stretches for about 1 km and is pebbled. It is not an organized beach, but there is a tavern nearby. When visiting Kaiser Bridge, you might want to see Achilleion Palace as well. Today the palace serves as a museum. You will feel as though you’ve taken a step back in time to when Sissy and then Wilhelm II lived there.

The palace is well-known for being the location for the James Bond movie “For Your Eyes Only.” The palace garden is not only filled with beautifully colored flowers, but statues of Greek gods and goddesses. It is said that Sissy was captivated by ancient Greek legends and mythology. Another interesting fact about Achilleion Palace is that it stands on the spot where the manor of the philosopher Petros Armenis Vrailas once stood.

Getting to Kaiser Bridge in Corfu

Getting to the island of Corfu can be done by plane or by ferry. The island has an international airport, so wherever you are coming from you’ll able to find a flight arriving at the island. Ferries to Corfu depart from Patra and Igoumenitsa. The ferry from Igoumenitsa is the shorter of the two, taking just 90 minutes to reach the island of Corfu.

The village of Gastouri, better known as Achilleio, where Kaiser Bridge is located at the south central part of the island, is just south of Corfu Town. Travelling from the town of Corfu to Achilleio can be done by bus, which takes just 24 km or by taxi, which takes 9 minutes.

A trip to the island of Corfu isn’t complete without stopping to see the historical Kaiser Bridge. 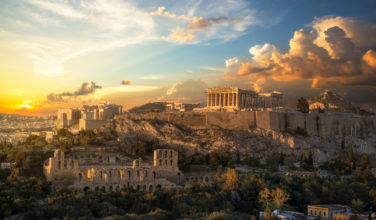 An Athens Must-See: The Acropolis 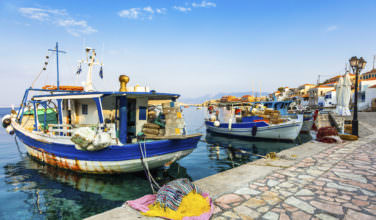 Top Things to Do on the Island of Halki 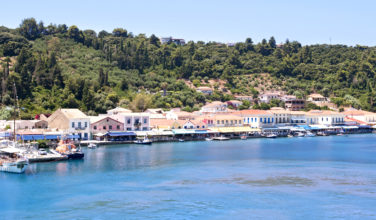 Things to Shop for While in Olympia, Greece 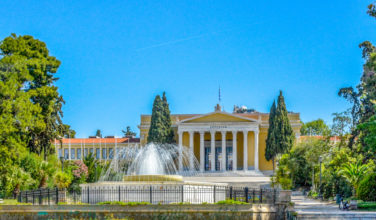 Tour the Zappeion in Athens