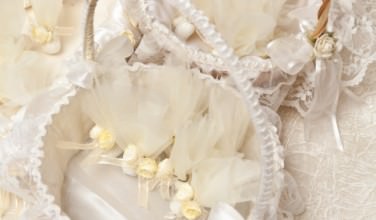 A Play-by-Play Guide to Your First Greek Wedding

Many of us have been to a Greek Wedding, most likely many times before. However, some of us may have never been to a real Greek wedding, and while My Big Fat Greek Wedding may actually not stray that far from a real Greek wedding, nothing can replace actually being a witness to a couple’s marriage. Greek weddings can definitely appear out of the ordinary to our friends that are not Greek Orthodox. Compared to other wedding ceremonies there are likely a few ‘key’ things that don’t exist in Greek weddings. As a spoiler alert, there is no vows or the famed “I do” that characterizes the western wedding in the media.

Instead the wedding ceremony is packed with just about as much symbolism and tradition that can fit in one service. By American standards the wedding service is likely significantly longer than previous ceremonies of different denominations. But there is quite a lot of ground covered in the average one hour that the service takes [this of course depending on the priest performing the sacrament].

There are two main parts to the wedding service; the first is the Betrothal Service, followed by the Marriage Service. During the Betrothal, the priest blesses the wedding rings and touches the bride and grooms forehead with them. He makes the sign of the cross above their heads saying, “The servant of God [name] is betrothed to the servant of God [name] in the name of the Father, Son and of the Holy Spirit.” The Koumbaros [a] will then exchange the rings on the right hands of the bride and groom three times.

The second part of the service – the Marriage – sees the bride and groom each holding a lit candle throughout the service, which symbolizes the light of Christ who is with them for the rest of their marriage.

Next two readings are read, one from St. Paul about love and respect, and how the husband should love his wife and protect her with his life, as Christ gave his life for the Church. The wife should also respect her husband as the Church honors Christ. The second reading is from the Gospel of St. John, which talks about Jesus’ miracle at the wedding in Cana.

Reflecting Jesus’ miracle of changing water into wine from the gospel reading, the readings are followed by the ‘common cup’. The bride and groom share a common cup of wine, which is unconsecrated and not the same as communion. This symbolizes the sharing that life brings after marriage.

Finally before the ceremony is over, in what is a high point of the service the newlywed couple is led around the small table by the priest, while the Koumbaros [a] follows behind holding the stephana ribbon. They circle the table three times, taking their first steps as husband and wife in what is known as ‘The Dance of Isaiah’. Following this and one final blessing, the ceremony is over.

Whether Greek weddings are entirely familiar to you or completely new and foreign, it is quite an event to witness. With so much symbolism and tradition woven into every prayer and action there is no doubt the ceremony is a beautiful one. 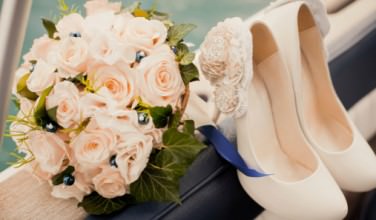 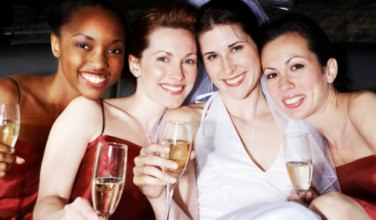 Tips For Bonding With Your Greek Bridal Party 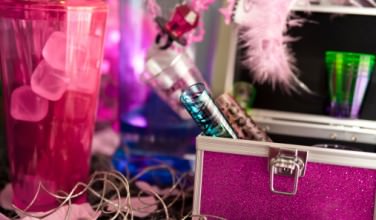 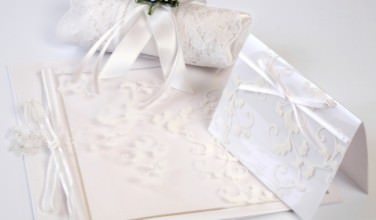