Thasos is a Greek island found in the Aegean Sea. Thasos is also the name of the largest town on the island, though it is offically known as Limenas 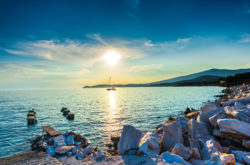 Thasou meaning “Port of Thasos.” The island of Thasos is round and mountainous, though not very rugged. It rises gradually from the coat to the center. On the eastern side of the island there is mostly pine forest.

The island of Thasos has a history of agricultural and stock breeding. Some of the villages that were established inland would connect to the harbours by way of stairways known as “skalas.” The economy of Thasos now relies on timber, olive oil, honey, and marble quarries. Since the 1960s, tourism has also become important to the island.

The earliest mining on the island is dated around 13,000 BC. Paleolithic miners dug a shaft at the modern-era Tzines iron mine to extract limonitic ochre. Around the 7th century BC, the Phoenicians would mine for base and precious metals. The Greeks would follow in the 4th century and they would be followed by the Romans. Also found would be: gold, copper, and iron. The Byzantines would quarry marble on the island of Thasos. During the early part of the 20th century, mining companies would exploit the island’s zinc-lead rich calamine ores. They would yield approximately 2 million tonnes.

The New York Times reported in 1902 that archaeologist Theodore Bent has discovered the tomb of Cassius. Gaius Cassius Longinus, known as Cassius, was a Roman senator and general. He is best known for being the lead instigator in the plot to assassinate Julius Caesar. Cassius slew himself after the defeat at the Battle of Philippi in 42 BC. Cassius was buried by Brutus at Thasos.

Ancient Agora – Located on a hill above Thasos Town. The Ancient Agora includes that remains of the ancient town of Thasos. Explore the ruins of temples, sanctuaries, the odeum, a theatre, and the acropolis.
Cave of Pan – Located in Thasos Town. The sanctuary of Pan, the goat-god, is a man-made sanctuary dedicated to him. An engraving inside the cave depicting Pan playing his piccolo in a relaxed fashion is thought to date back to 4 BC.
Monastery of Archangel Michael – Located on a hill above Livadi. The old monastery was built in 18th century and is the biggest in all of Thasos. Monastery has a collection of works by monks and religious articles.
Limenaria Beach – 37 km southwest of Thasos Town. This beach is family friendly and organized. There are hotels, fish taverns, and water sports centers lining the beach.
Alyki Beach – 31 km south of Thasos Town. A small and picturesque beach located in a bay. The sand is white and the beach is surrounded by pine trees, olive trees, and marble quarries.
Costis Pottery – Located in Thasos Town. If you enjoy pottery mixed with a bit of history, you should visit Costis Pottery. The friendly owner will take time to talk to you.
Archaeological Site of Alyki – Enjoy wandering the ruins and marble excavations along clear paths. In addition to the history, the view is gorgeous. Nice spot for a tranquil stroll and picture-taking.
Archaeological Museum – Located in Thasos Town (Limenas). This museum houses findings from Ancient Agora and other excavation sites on the island of Thasos. View items such as pottery, terracotta figurines, statues, jewelry, and more.
Theologos Folklore Museum – Located in Theologos, 55 km from Thasos Town. Museum is house in a beautiful mansion called the Hatzigiorgis mansion. Collections of machinery, agricultural tools, traditional furniture, kitchen, bedroom, and a room with a loom and weaving machines.
Church of Agia Paraskevi – Located in Theologos. This is one of the oldest churches on Thasos. It is made of stone and tiles and features an icon of the Virgin Mary, which is thought to have been made by Apostle Luke.

BELOW ARE INTERESTING ARTICLES ABOUT THASOS, GREECE: 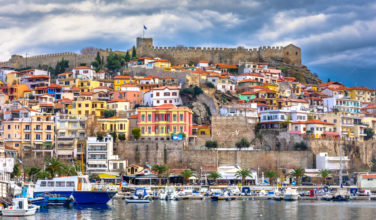 Things to Do in Thasos, Greece 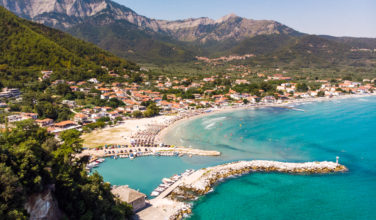 Attractions to See in Thasos, Greece

Thasos, Greece is an island that’s just a little bit off the beaten track. However, there is still enough here to keep you busy when you visit. It has all... <... Read More 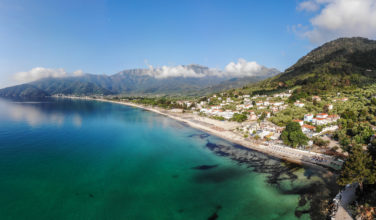 Beaches to Visit in Thasos, Greece

The Greek island of Thasos is known as the island of green and blue thanks to its beautiful waters that surround the coastline and the verdant vegetation within the ... Read More 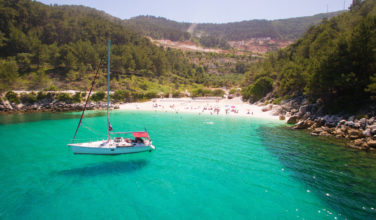 Museums to Visit in Thasos, Greece

The beautiful Greek island of Thasos is filled with things to do. There are beaches to see, sites to explore, and plenty of things to do that will keep everyone... <... Read More 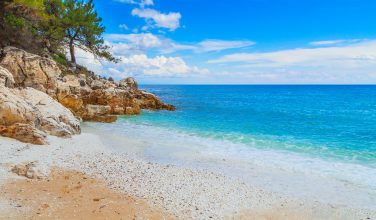 Thasos is a Greek island located in the northern Aegean Sea. The largest town on the island is also named Thasos. Thasos Island is home to the Archaeological Museum ... Read More