Written by GreekBoston.com in Ancient Greek History Comments Off on Alcmaeonid Family – Aristocrats of Ancient Greece 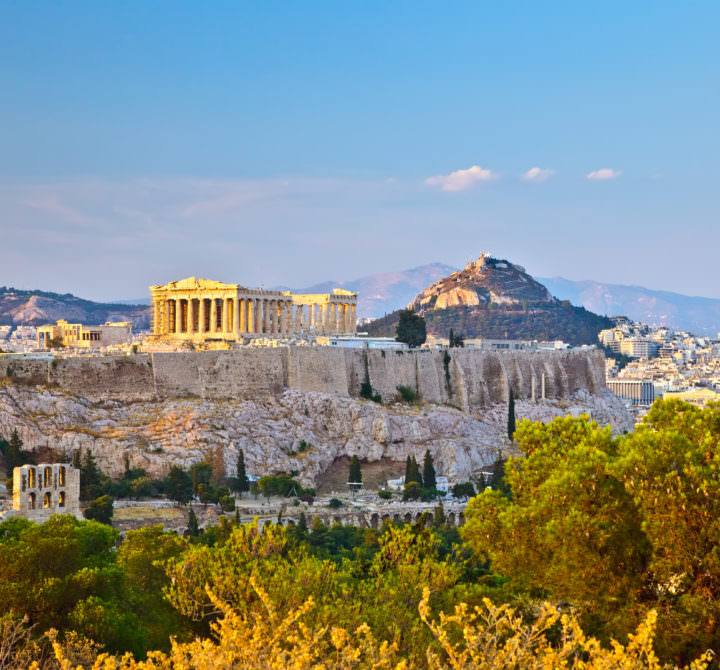 When most people think of Ancient Athens, they no doubt think of the city-state that invented democracy. However, few realize that Athens only enjoyed a democracy for a small period of time. In fact, directly before the democratic system was developed, Athens was ruled by an elite group of aristocrats who ruled over the rest of this city-state. In fact, the aristocrats were a minority group and the general population made up the majority of the population.

The Alcmaeonid’s were one of these aristocratic families, and they were fairly prominent in Ancient Athenian politics in the 5th and 6th centuries B.C. Here’s a look at who this family was and their contributions to Athenian politics:

Fabled Origins of the Alcmaeonid Family

The members of the Alcmaeonid family may not have always been considered aristocrats. In fact, the only documented proof of the family’s rise to prominence reads more like a legend or myth than a factual account. According to a story that was told by Herodotus, the family’s wealth originated with Alcmaeon, a former King of Athens and also the grandfather of Cleisthenes, the individual who would later develop the democratic political system. This individual is said to have once performed a favor for an established king. He was told he could take some gold from the king as payment. However, since he was greedy, he took a lot more than the king expected. Ultimately, he was allowed to keep it.

The family, however, was established long before this event occurred. Alcmaeon himself was a figured from mythology – he is said to have been the great grandson of Nestor, an argonaut from the mythological story of Jason and the Argonauts. Whether or not there is actually truth to this has not been established, but it is fairly well understood that a man named Alcmaeon was at the beginning of this family tree. Whether or not he was actually the great grandson of King Nestor hasn’t been established.

The Alcmaeonid family was considered wealthy and elite and the members of the family made up the ruling class. However, one of its members, a man by the name of Cleisthenes, was actually the creator of the first democracy. According to Webster’s Dictionary, democracy is defined as, “a government by the people.” The aristocracy in Athens was the exact opposite of this.

In 508 B.C., the people of Athens revolted against the oppression that they felt they suffered at the hands of the elite families like the Alcmaeonids. Although Cleisthenes should have looked at this rebellion with contempt, he took a much different approach. Though he was raised to rule over the people of Athens the way the rest of his family did, the exact opposite took place. He was inspired by what they had to say. The end result of this is he developed a new system that was ultimately embraced. This early democratic system was unique and is still being used in some form today.

The Alcmaeonid family was prominent in Ancient Athens in the 5th and 6th Centuries B.C. They were aristocrats, which meant that they ruled over the people of Athens. Cleisthenes, however, didn’t follow in the footsteps of his family. He developed a new system of government, called a democracy, that would forever change history.