Written by GreekBoston.com in Ancient Greek History Comments Off on Apollonius of Rhodes – Famous Poet of Ancient Greece 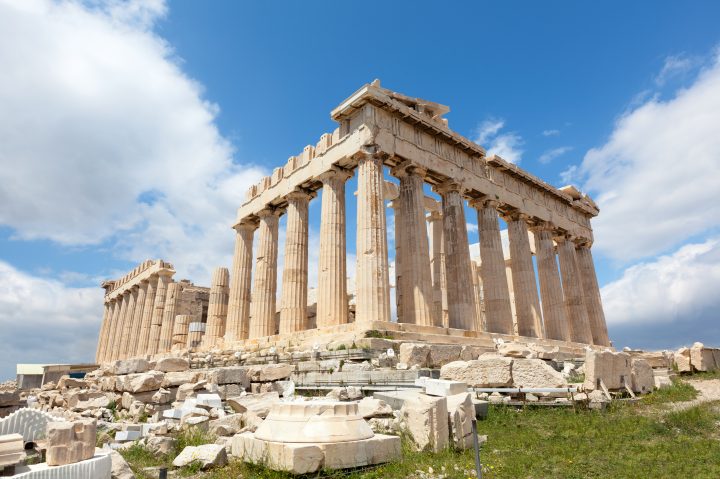 One of the most acclaimed ancient Greek poets, Apollonius, likely spent much of his life residing in Alexandria, in Egypt. Apollonius of Rhodes wrote an epic entitled The Argonautica. It carries forward Homerian myths. Yet today, little remains known about the life of Apollonius. Information about his biography proves largely speculative. We do know, however, know his literary contributions in Ancient Greece, as well as some information about his life. Here’s more information:

Learning About Apollonius of Rhodes

Modern scholars have gathered information about Apollonius of Rhodes from four documents written by early historians. A papyrus scroll dating from the 2nd century BC reports that he once served as the head of the Library of Alexandria in Egypt. Two different early biographies entitled “Life of Apollonius” provide sometimes contradictory accounts of the poet. Additionally, the name of Apollonius of Rhodes appears in an encyclopedia from the 10th century AD called the Suda.

It appears likely Apollonius was born around 295 BC in the Egyptian City of Alexandria. His mother, a Greek, probably came from the Mediterranean Island of Rhodes. Apollonius either studied under the Greek poet, Callimachus, or became well acquainted with his works.

Sometime before 246 BC, Apollonius assumed a prestigious position leading the Library of Alexandria. He likely retired to Rhodes after Ptolemy III Euergetes became the ruler of Egypt around 280 BC. Apollonius may have spent some period of time residing in Rhodes previously, when he wrote The Argonautica. Today, historians don’t know whether Apollonius passed away visiting Alexandria or while residing in Rhodes.

Argonautica And Other Works

It does appear clear Apollonius of Rhodes studies the Homerian epics closely. That poety influenced his own epic poem, The Argonautica. In some 6,000 lines, Apollonius describes how Jason and the Argonauts sailed in search of The Golden Fleece. Apollonius depicts Jason as a very human leading character. The poem devotes a lot of attention to the relationship between Jason and Medea.

Apollonius authored several other works of poetry. Unfortunately, only fragments of these epics survive. A poem entitled Canobus refers either to the founding of a city called Canobus or to the helmsman who served under Menelaus during the Trojan War. Apollonius also authored the Ktiseis, a series of epic poems about the origins of several important cities in the ancient world: Alexandria, Lesbos, Rhodes, Naucratis, Cnidus, Caunus, and possibly others.

Importance of Apollonius as a Poet

The Argonautic stands as an important literary work today. Heavily influenced by Homer’s “The Odyssey”, it carried forward the Homerian epics. It influenced many succeeding writers and poets. For example, the ancient Roman poets Virgil, Catullus, and Ovid all gained inspiration from the works of Apollonius Rhodes.

More recently, the work of Apollonius of Rhodes motivated a 1963 adventure film entitled Jason and the Argonauts. The movie starred Todd Armstrong, Nancy Kovack, Gary Raymond and Honor Blackman. It differed significantly from the epic poem, but it did inspire a comic book adaptation.